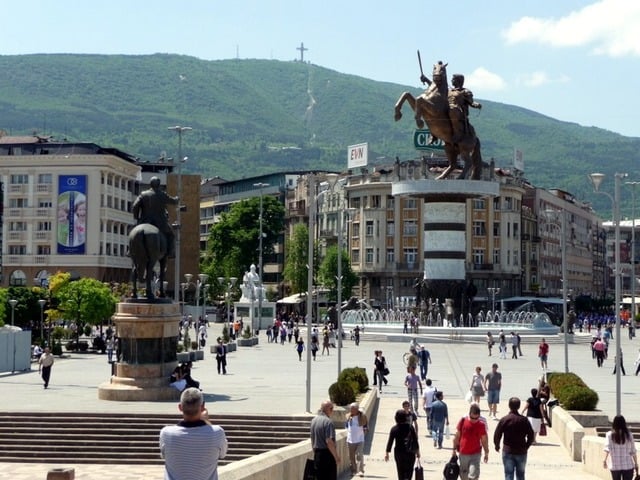 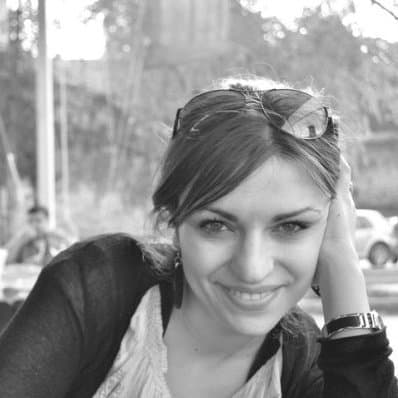 From the initially announced price tag of €80 million, the cost of giving the Macedonian capital a new/old look has risen to €560 million, a BIRN investigation shows.
Meri Jordanovska
BIRN

When the grand revamp of the Macedonian capital was first announced back in 2010, the project, known as “Skopje 2014”, envisaged the construction of some 40 monuments, sculptures, facades and new buildings.

Fast forward to 2015 and the number of buildings and monuments has tripled.
The price tag of Skopje’s new look has meanwhile also shot up, far surpassing the initially announced figure of €80 million, to around €560 million, a BIRN investigation shows.

The eight-month  investigation draws on data procured through the Access to Public Information Act, the official web page of the Public Procurement Bureau, the “Skopje 2014” audit and a joint report by the government, the Skopje municipality of Centar and the Ministry of Culture, presented after the 2013 local elections.

The database covers more than 130 objects, all financed with public money and whose main investors are the Ministry of Culture, the Procurement Bureau, the municipality of Centar, the City of Skopje as well as other municipalities and joint stock companies with state shares.

The documents obtained by BIRN show that more than 260 legal entities and physical persons have taken part in the revamp.

They show that many obtained multiple contracts and erected several buildings and monuments. They also show that the authors have also been richly awarded for their designs.

For the first time since Skopje 2014 was officially promoted, BIRN has obtained the contracts with the sculptors that have literally shaped Skopje 2014.

The investigation covers the buildings erected in the past few years that have played an essential part in changing the face of the capital.

Some, like the Philharmonic, the headquarters of the state power company ELEM, the criminal court, and the administrative palace “Lazar Pop Trajkov” and others, remain unfinished.

Some are at a stage where only the designs have been chosen, which fuels suspicions that the final price tag of the controversial project will in the end rise even higher than €560 million.

The costs of security and maintenance are constantly sucking up more funds from the state budget.

One company built third of project:

An overview of the data that BIRN obtained shows that the Beton construction company has won most contracts and built most of the buildings and sculptures that form part of Skopje 2014.

The company has earned €163 million, a third of all the money spent on the revamp, from the project.

Some of these companies have not yet been fully paid, therefore, in the absence of other official data, the investigation has used the sums contained in the agreements.

The profiles of these companies and who is behind them is revealed in BIRN’s specific investigation into this issue.

The Ministry of Culture and the Public Procurement Bureau have spent most money on the Skopje 2014 project.

They show up as investors in the biggest projects, such as the Museum of Macedonian

Struggle and VMRO, the National Theatre, the Constitutional Court, the Philharmonic and the newly redecorated government headquarters.

According to the documents, the most expensive building in the project is the Constitutional Court, the Archaeological Museum and the State Archive, which cost over €42 million.

The Philharmonic cost €39, about €3 million less. Data show that the National Theatre has cost €37 million, the money spent on no less than 85 contracts.

Annex agreements, additional agreements, contracts for unforeseen construction works and many contracts have formed part of the drive to build the Museum of Macedonian Struggle and VMRO.

Concerning this building alone, BIRN obtained some 90 documents and agreements signed with various people and companies.

At a press conference in 2013, Culture Minister Elizabeta Kanceska–Milevska, the then outgoing mayor of the municipality of Centar Vladimir Todorovic, and the head of the Procurement Bureau, Vase Donevski, said the total cost of the project was €207 million.

However, the documentary evidence that BIRN has obtained show the real figure is more than double that sum.

One of the mysteries about the revamp, apart from the final price tag, which continues to climb, is the sums awarded as fees for the authors of the monuments and sculptures.
Sculptor Valentina Stevanovska has left the biggest mark on Skopje 2014.

She was the author of the 22-metre-high triumphal arch, “Macedonia”, and a similarly vast “Equestrian Warrior” on the main square that clearly depicts Alexander the Great.

She is also the author of the great statue called “Warrior”, which unofficially represents Alexander’s father, Philip, as well as of the complex of statues and fountains located at the square named after the ancient king.

Stevanovska also designed seven statues on the pedestrian bridge known as “The Eye”, the monument to the Ottoman-era revolutionary, Hristo Tatarcev, a gazebo on the main square and another depiction of Philip of Macedonia, also dubbed “Warrior”, located in the municipality of Gazi Baba.

The authorities apparently opted for these vague descriptions for some of the statues to avoid further upsetting neighbouring Greece, which claims that Philip and Alexander are exclusively Hellenic heroes.

The documents made available to BIRN show that Stevanovska received almost €3 million for these sculptures, a sum that included the cost of their construction.

The company Neimar Engineering comes second on the list after Stevanovska in terms of being awarded most contracts for architectural services for key buildings such as the Museum of Macedonian Struggle, the “lazar-Pop Trajkov” palace, the National Theatre and the triumphal arch.
Data from the Central Registry show that Ana Kedeva–Petrova and her husband, Zoran Petrov, own the company.

She is also the sister of the well-known cardiologist Sasko Kedev who stood as presidential candidate for the main ruling VMRO DPMNE party in the 2014 elections and is a former VMRO DPMNE MP.

The firm of Ana Kedeva-Petrova, an ophthalmologist by profession, has won contracts related to Skopje 2014 worth €1.1 million.

A young architect, Zarko Causevski, and the Arhitektonika company, of which he is the director and which his brother, Nikola, owns, has left the biggest mark on the facades that have changed the face of the capital.

The design of the new faux-Baroque surface of the 1970s City Trade Centre, the new facade of government house, the headquarters of the Skopje Waterworks company and the design for the administrative building, on Bihacka street, are all works of Causevski brothers. Documents show that they were paid more than half-a-million euro.

The documents also reveal that the state institutions avoided signing separate contracts with authors that specifically disclosed their fees. Instead, the contracts mention all the works needed for the construction of the sculptures.

For example, the graph “royalty payment” in the contract with Stevanovska for “Equestrian Warrior”, includes the costs of the design, materials, work force, space, transport, plaster, clay and other things.

The former mayor of Centar, Vladimir Todorovic, at the 2013 press conference on Skopje 2014, admitted that it was hard to prove whether the authors were spending all the money they received in the way that their written accounts claimed.

Talking about the monuments to the Ottoman-era revolutionaries Goce Delcev and Dame Gruev, Todorovic said that when the author presented his expenses, he gave the total figure of €300,000 euros.

He added: “These are the expenses that he is showing us and we aren’t checking whether this is true. But, during negotiations, the commission [from the municipality] is always trying to reduce them [the expenditures]”.

Todorovic continued that he hoped “all the authors have been honest”.

The principal authors of the designs for Skopje 2014, Stevanovska, Causevski and the firms Arhitektonika and Neimar Engineering, have received a total of €4.7 million from the budget. All the authors together in the project have been paid a combined total of more than €15 million.

Preparations date back to 2006:

The project was first publicly announced on February 4, 2010, when Todorovic, Kancecka–Milevska and the Mayor of Skopje, Koce Trajanovski, presented a video containing a computer-generated visualization of how Skopje might look in 2014.

No cost was then mentioned. They merely mentioned some ten new buildings, about 20 new monuments, revamped facades and new bridges.

“Skopje is a capital city in which the spirit of Macedonian history and culture should be felt. We will do that best if we honour those who made it,” Todorovic said, speaking in his capacity as Mayor of Centar.

“The central area [of Skopje] should be transformed into a completed architectural and urban whole that will give the city a new artistic look,” he added.

“We will carry out all projects in a transparent manner and verify them using credible experts’ opinions,” Kanceska-Milevska added, noting that they had already “given us huge support as members of the experts’ commissions for selection of design solutions”.

The visualization of Skopje’s new look met mixed reactions from the start, ranging from utter disbelief and outrage about the chosen artistic styles to an all-out support.

On January 6, 2012, during the official promotion of the triumphal arch, Prime Minister Nikola Gruevski said that he was the project’s real eminence grise.

“I am the one behind this project. I think that it is good, [high] quality and useful and there is nothing wrong in it. Yes, I support and will continue supporting this project,” Gruevski said.

Official documents reveal that the roots of the project date back to 2006, however, when Violeta Alarova was the VMRO DPMNE Mayor of Centar and when Gruevski became Prime Minister.

At that time, the Centar municipality produced the first document on its decision to start the procedure to erect a monument to Alexander the Great. This was the monument on the main square that was later renamed “Equestrian Warrior.”

The authorities back then envisaged spending some €32,000 on the monument’s design.
The call for design proposals was issued in 2007. The municipality did not award the first prize but the second prize went to Stevanovska who received €6,000.

In 2008, she submitted the estimated price for the construction of the equestrian statue – by then no longer officially referred to in documents as Alexander the Great – the accompanying fountain and of the sculptures of lions and warriors.

The final estimate, which included the procurement of materials, transportation of plaster, workers, workspace, as well as casting in plaster and polyester, was €649,000.
Stevanovska did not mention how much of this money would be left for her fee.

The database on the Skopje 2014 revamp reveals the sheer enormity of the project.
About 61 per cent of the entire project has gone on the construction of new buildings, which have dramatically changed the look of Skopje and have cost the budget almost €340 million.

The most expensive facade, according to the documents made available to BIRN, is the one coating the modern-looking government headquarters with Classical ornamentation.

Estimates show this façade alone cost over €15 million, which was three times more than the cost of revamping of all the rest of the facades located in the city centre.

One of the hardest tasks that BIRN faced when working on the database was finding the current locations of some of the first sculptures that formed part of the revamp.
Some of them, like the sculpture “A girl”, have since been moved.

Another sculpture, “Cosmo Integral”, has also been relocated and is now placed behind the National Ballet building. BIRN was unable to find and photograph some of these sculptures as no one could explain whether they had been dismantled or just removed.

During the investigation, BIRN submitted almost 150 public information requests in the search for data on the project. Almost all institutions responded positively although most also broke the deadline that obliges them to supply the requested information within 30 days.

BIRN submitted some ten complaints, after which some of our inquiries were answered. By time of publication, only the Justice Ministry failed to answers our request for the basic contract for the construction of the new Criminal Court.

BIRN’s database is compiled only from official documents and audit reports by the heads of the Centar municipality, the Culture Ministry and the Government. 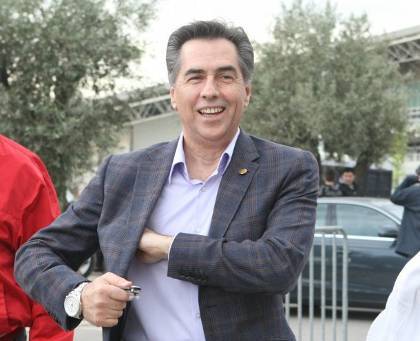 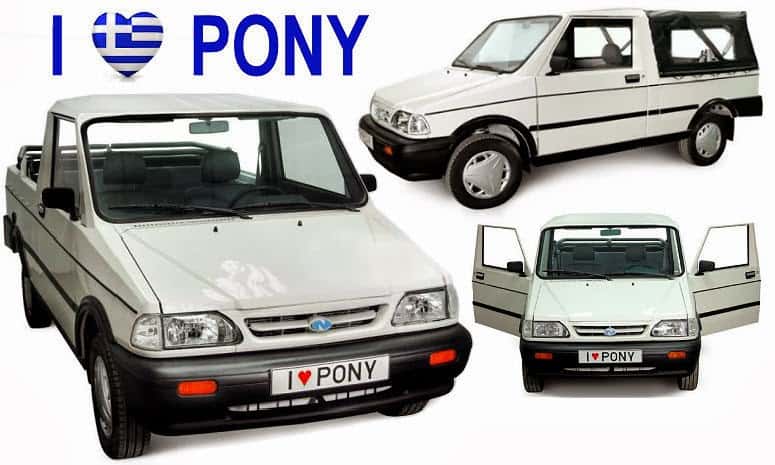