Large noise caused from the political autobiography of former Prime Minister Julia Gillard.  So because of this Ms Gillard was forced to apologize to the independent senator Nick Xenophon.  Which was the reason of this apology?

To the first edition of her autobiography to page 320 appears that Nick Xenophon was “infamously excluded from univer­sity for a period as punishment for stuffing a ballot box full of voting papers he had somehow secured”. A category that discredits largely the Greek Senator Nick Xenophon and also stigmatized him!

Ms Gillard’s apology appears as a paid advertisement in the Australian newspaper.

Ms Gillard also says: “I retract the allegation, accept that the allegation was false, and sincerely apologise to Nick Xenophon for any harm, embarrassment and distress caused.”   After her apology, Nick Xenophon said to the Australian that he welcomed the apology! He also said that: “I’m glad it’s over. Her remarks­ were not only incredibly wrong but also very hurtful. I’m glad she agreed to the apology and I wish her well.  Despite this disagreement, I respect her for her positive achievements. I’m sorry she just got this so completely wrong.”

The publisher of Ms Gillard’s book also published a public apology which is also appears like a paid advertisement. 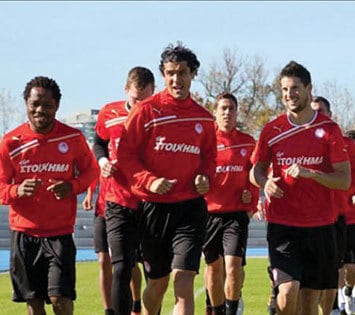 Previous article « PAOK LOOKS AT A FORMER PLAYER OF OLYMPIACOS
Next article ”15 SHADES OF GREY” IN OUR BEDROOM!!! »