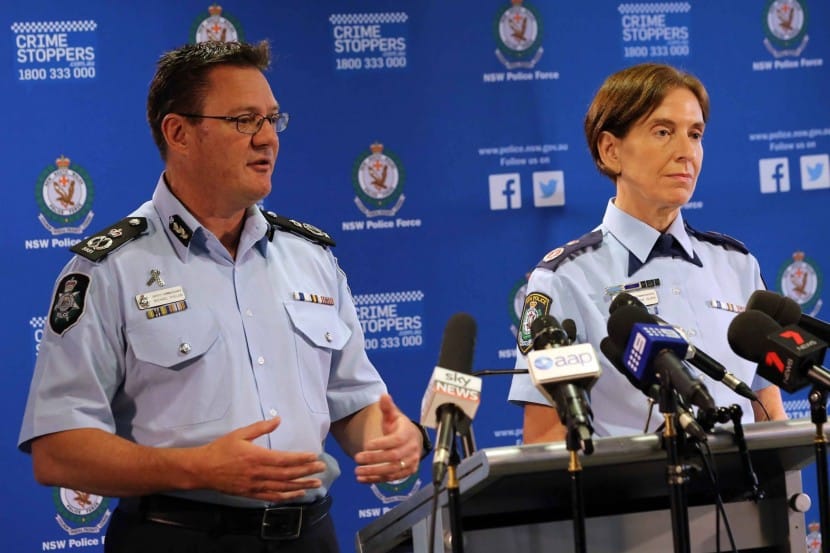 The New South Wales Joint Counter Terrorism Team (NSW JCTT) has charged two juveniles with terror related offences following their arrest in Bankstown yesterday (Wednesday 12 October 2016).
The two 16-year-old teens were arrested in Adnam Lane, Bankstown and two knives were seized.
The pair was charged shortly after 5.00am today (Thursday 13 October 2016), with the following:
• Other acts done in preparation for, or planning, terrorist acts, section 101.6 Criminal Code Act (Cth) 1995. Penalty: life imprisonment; and
• Membership of a terrorist organisation, section 102.3 Criminal Code Act (Cth) 1995. Penalty: 10 years imprisonment.
The JCTT also executed search warrants at addresses in Revesby, Lakemba, Parramatta and Bankstown. A number of items were seized and will be examined by investigators.
Due to the seriousness of the offences, the pair was bailed refused and will appear in Parramatta Children’s Court this morning.
Acting NSW Police Commissioner Catherine Burn said, once again, the age of those charged is a concern.
“The fact we are putting two teenagers before the court on such serious charges reflects the ongoing threat we face. Fortunately, the excellent cooperation between State and Federal agencies has prevented a very disturbing crime. The need for ongoing vigilance has never been greater.”
Australian Federal Police Deputy Commissioner Michael Phelan praised the work of the NSW JCTT members in a dynamic and challenging environment.
“Yesterday’s arrests are another example of the commitment of all agencies to ensuring the safety of the community. We will take action to disrupt and arrest, and follow that up with investigations to identify criminal behaviour.”
The JCTT advised there is no ongoing threat to the community. Previous article « EVENT FOR THE HEROIC “OXI” FROM MACARTHUR GREEKS