Menu   ≡ ╳
Home » maria en » A NEW VIDEO FROM THE RESTAURANT THAT WAS ATTACKED IN PARIS SHOCKS EVERYONE!!! – HOW A WOMAN MANAGED TO ESCAPE FROM THE TERRORIST!!! 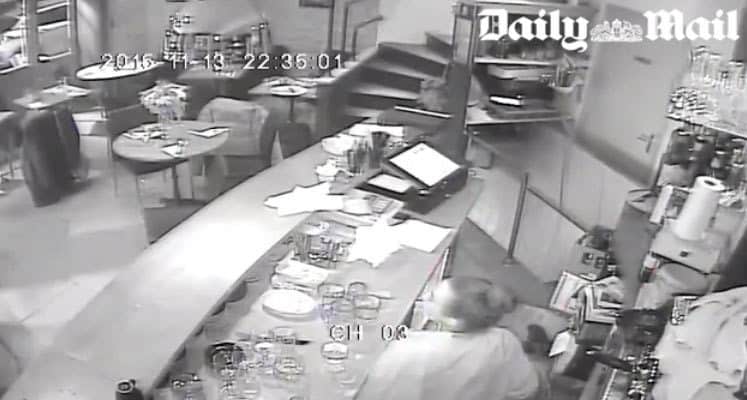 A NEW VIDEO FROM THE RESTAURANT THAT WAS ATTACKED IN PARIS SHOCKS EVERYONE!!! – HOW A WOMAN MANAGED TO ESCAPE FROM THE TERRORIST!!!

The issue of the Paris terrorist attack is in the foreground.

Everyday we find something new about this terrorist attack, like today with the video of a surveillance camera in the restaurant that was attacked by the terrorists.

To the video you can see people running in the restaurant and trying to rescue themselves, but the most shocking moment is when a woman is lying on the side walk and the terrorist is approaching to kill her!  He marks her in the head and he is trying to kill her, but for some reason the Kalashnikovs blocked and the woman got up and was running to be saved!

Watch the above video that Daily Mail managed to have exclusive.

Next article UNBELIEVABLE MARRIAGE OF AN 85 YEAR OLD WITH A 33 YEAR OLD IN KEFALONIA!!! »