Menu   ≡ ╳
Home » KOUS KOUS WITH DIMITRIS PAPADOPOULOS » THE REVELATION OF GREEK POLICE SHOCKS ABOUT THE ASSAULT IN PARIS!!!

THE REVELATION OF GREEK POLICE SHOCKS ABOUT THE ASSAULT IN PARIS!!!

Unfortunately the fears and the suspicions began to be confirmed.

The Greek Police officially announced that the two of the terrorists of attack in Paris, had gone from Greece and particularly from Leros island in 2015, as refugees!

Indeed the one of them that had a participation to the bomb in the Stade De France in gate D and then committed suicide and also killed a passer, had a Syrian passport.

For him the Greek Police said that he had arrived in Leros on 3rd October.

The other terrorist according to information of the Greek Police, had arrived in Leros in August.

This information is shocking, confirming some people that were saying that among the Syrian refugees, there were ISIS terrorists!

So the threats of ISIS  that are referring to attacks in European capitals, are serious!

Major European Media have as main subject the revelation of the Greek Police and they are wondering why the European Union didn’t manage properly the refugees issue.

The fear that with the refugees opened the door for ISIS terrorists in all Europe is obvious.

So what will happen after this?

Previous article « A SHOCKING VIDEO FROM THE MOMENT OF THE TERRORIST ATTACK IN PARIS!!! 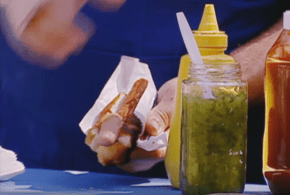