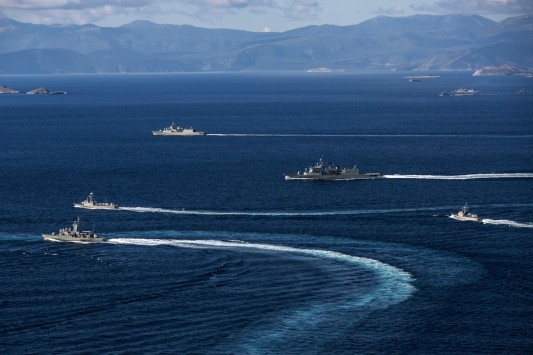 AFTER THIRD MEMORANDUM THEY WANT AEGEAN!!!

By the political analyst Thanassis Drougos
Due to the third memorandum that it was signed by these clueless people there is a possibility that it might may be neutralised in 2016-2017 an Aegean region with initiative of EU!!!

Berlin calls Athens and Ankara to cooperate in the management of the refugee problem.  The representative of the Chancellery Stephen Zaimpert, said on Monday that it is necessary to “coordinate a situation in the Aegean” between Greece and Turkey to prevent the action of refugees traffickers, and added that something like this can be achieved only with the cooperation of the 2 countries which “are members of NATO” as he said.

«We have at this time, especially in Aegean, a situation between Greece and Turkey to which the borders are open in the sense that the traffickers can  act as they want and that can lead many people to direct danger for their own life.  This is something that must change”.

“We need a coordinate position on these external borders of EU, which will be possible only  if Turkey and Greece are going to cooperate together, as they are both countries of NATO”.