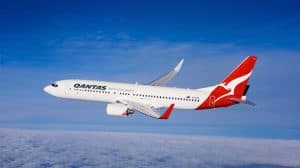 QANTAS TO FLY DIRECT PERTH-LONDON IN 17 HOURS WITH DREAMLINER

Qantas Airways Ltd. plans the first direct flights between Australia and Europe, using Boeing Co.’s Dreamliner to turn what was once a multi-day trip into 17 hours.

Australia’s national carrier will start regular non-stop flights between Perth and London in March 2018, it said in a statement on Sunday. The trip will be the shortest and fastest version of the trademarked Kangaroo Route since it was first flown more than 80 years ago.

The service shows the reach of Boeing’s long-range, fuel-efficient Dreamliner over four-engine giants such as Airbus Group SE’s A380. When it’s up and running, the 14,498-kilometer (9,000-mile) trip from Australia’s west coast will rank among the world’s longest commercial passenger flights.

“This is a game-changing route,” Qantas Chief Executive Officer Alan Joyce said in the statement. “The opportunities this opens up are huge.”

Qantas is due to start receiving its Dreamliners next year and Joyce has also said he’ll have scope to fly direct from Australia’s eastern seaboard to U.S. cities such as Dallas or Chicago.

A new direct connection to London from Australia may also devalue Qantas’s alliance with Emirates, which currently takes many Qantas passengers through to Europe from Dubai.

The Kangaroo Route started in 1935 with a 12 1/2-day trip between London and Brisbane, on Australia’s east coast. Stopovers once included Brisbane, Darwin, Singapore, Bangkok, Calcutta, Karachi, Cairo, Rome and Frankfurt, according to Aussieairliners.org.

In recent years, Chinese carriers such as China Southern Airlines Co. have offered longer, cheaper ways to get to Europe from Australia — with layovers in Guangzhou.

Qantas expects some customers on Australia’s east coast to fly to Perth to pick up the non-stop London service. Seats on the Perth-London flights will go on sale in April 2017. 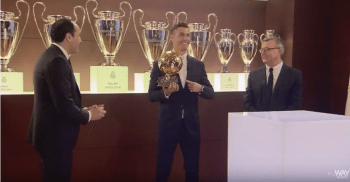 Next article CRISTIANO RONALDO: BEST PLAYER OF THE YEAR »