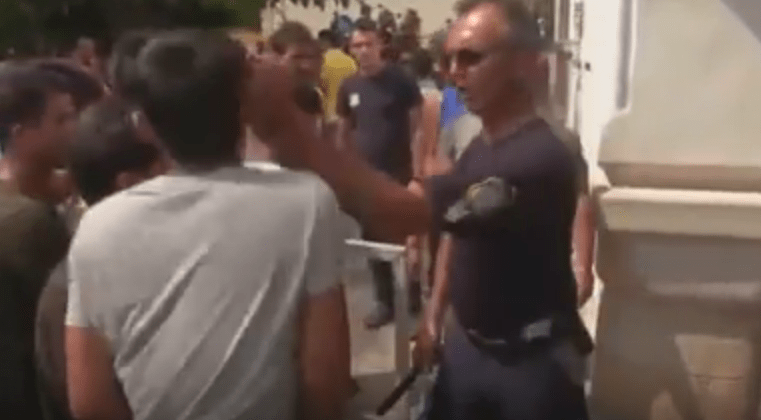 THE SLAP OF THE POLICEMAN THAT GENERATED VARIOUS REACTIONS (VIDEO)

Indeed they have created a page on Facebook where they express their support to the policeman.

It is a fact that the situation to the Greek islands is explosive.

The latest news are that SAD already conducted by the headquarters of ELAS and the policeman was suspended.