A man has been charged after police allege he was filming a child in Sydney’s Hyde Park yesterday.

About 1.20pm (Tuesday 25 April 2017), a woman approached patrolling police after she became suspicious about a man allegedly filming young children in Hyde Park.

Police approached the man and he was arrested and taken to Day Street Police Station.

The 65-year-old man was charged with aggravated filming a person’s private parts.

He was refused bail to appear in Central Local Court today (Wednesday26 April 2017). 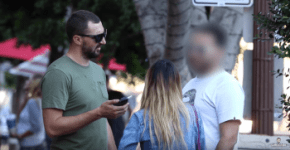 Next article WOULD YOU ASSIST A DRUNK DRIVER? »