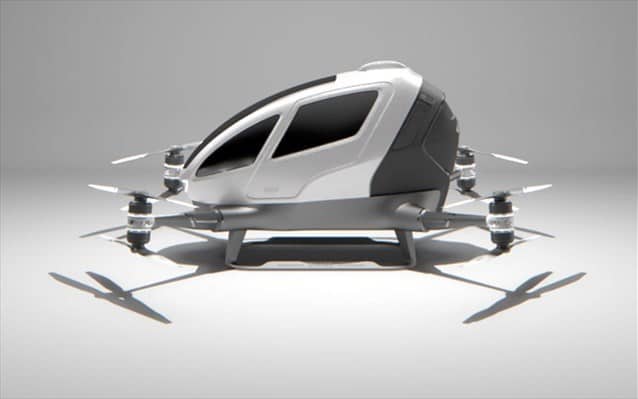 The “revolution” of drones is already here , years after the beginning of their use for military purposes, UAV / drones have started to be widely marketed,  making up  one of the most popular and  rising categories “technological” Gift/Shopping today, to the broad consumer market.

The general characteristic, however, is that they don’t need people because they are remote controlled or autonomous-  but this is not exactly the truth in the case of 184 AAV (Autonomous Aerial Vehicle) Chinese Ehang, which is essentially a drone that flies autonomously / automatically from one location to another, and have a place for a passenger.

As stated in an article of Gizmag, the electric drone, which was presented at CES in Las Vegas,  began to design the CEO of the company,  Chouazi Hu, about two years ago, after the death of two friends in aircraft crashes. Considering the need for an air transport means for small / medium distances with no pilot’s license required, focused on a medium that will do just this job, reducing the risk of low flying.

The main idea is that the passenger simply enters inside, turns the aircraft and chooses the destination via a touch screen of 12 inches and then press the button to take off.  The Automatic drone systems take control after that and contact the air traffic control towers, other aircraft, etc., avoiding the obstacles and taking the navigation, selecting the shortest and safest route simultaneously.

As its expected, there are safety systems incase of failure, while the passenger can stop the aircraft, letting it hover, if they choose.

The main aircraft is made of lightweight and durable materials, and 184 moves thanks to eight engines earn 142 horses / 106 kW. The arms  bearing them can be folded as it is on the ground. Battery charging (14,4 kWh) requires 4 hours or 2 to fast-charge, and autonomy is 23 minutes with a passenger. Weight Elvin 200 pounds and can carry 120 pounds, with a maximum speed of 100 km / h and a maximum height of 3,499 meters.

Also, there is the trunk, and internal and external lighting, air-conditioning, internet access 4G and doors that open upward. The 184 is expected to be commercially available later this year to between $ 200,000 and $ 300,000. 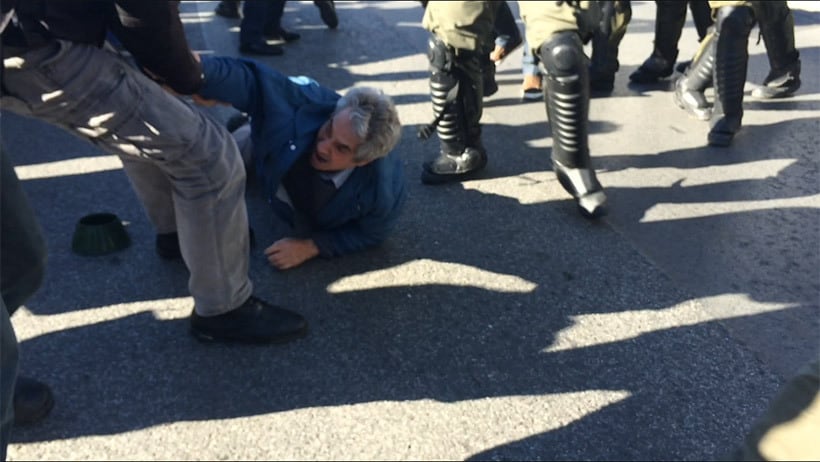