The Greek Stage Theatre actors have proved that there are Greeks is Sydney, who not only support the Greek language, but at the same time they promote the Greek theatre  in the Greek Community in Australia.

The theatrical play “Ti tha parete parakalo”, has not only had a great success but has also thrilled us because for almost 2 hours we thought that we were in Greece and not in Australia!

The great and talented artists of Greek Stage Theatre managed to remind us successful scenes of the good old Greek cinema.

In these 2 hours, they managed to keep the audience’s interest with their excellent performance and they made them laugh at Lakemba Senior Citizens Centre.

The main protagonist was Zikos, where Thodoris Stoumpos impersonated him with his own unique way and he was followed with great success by the other actors:

A very touching moment was at the end of the show, where the members of the Greek Stage Theatre thanked the audience who attended their premiere.

The director Akis Kastelloriou described the efforts of all the people who took part at this show, to accomplish this successful performance.

At the premiere was also the new Greek Consul in Sydney, Mr. Christos Karras, accompanied by his wife and Trade Commissioner in Sydney, Australia, Katia Gkikiza, who spoke very flatteringly about the theatrical performance.

We believe that all the Greeks in Sydney and NSW, must go and watch this performance!

We hope this performance  to be shown also in other major cities in Australia, where Greeks are.

We, Greekaus.com, wish to the Greek Stage Theatre people to have a great success and we will support the Greeks in Australia who are trying to keep the Greek language and the Greek culture alive. 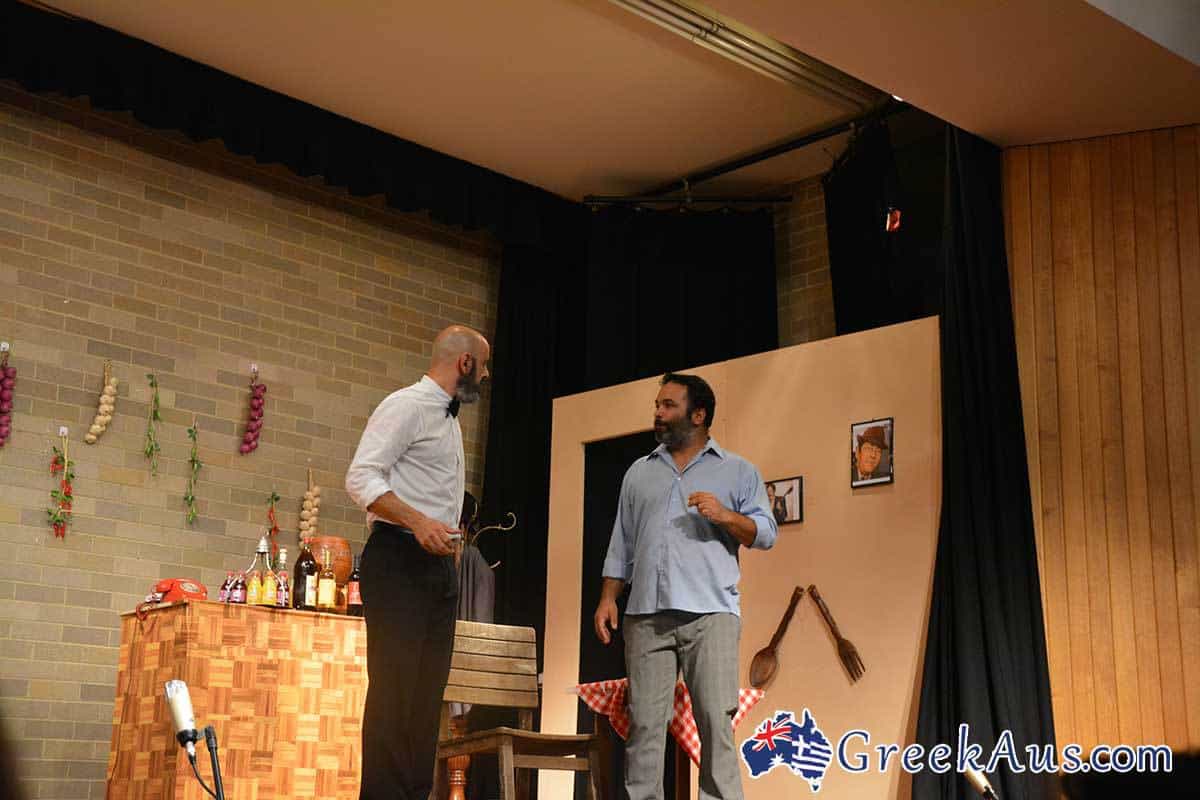 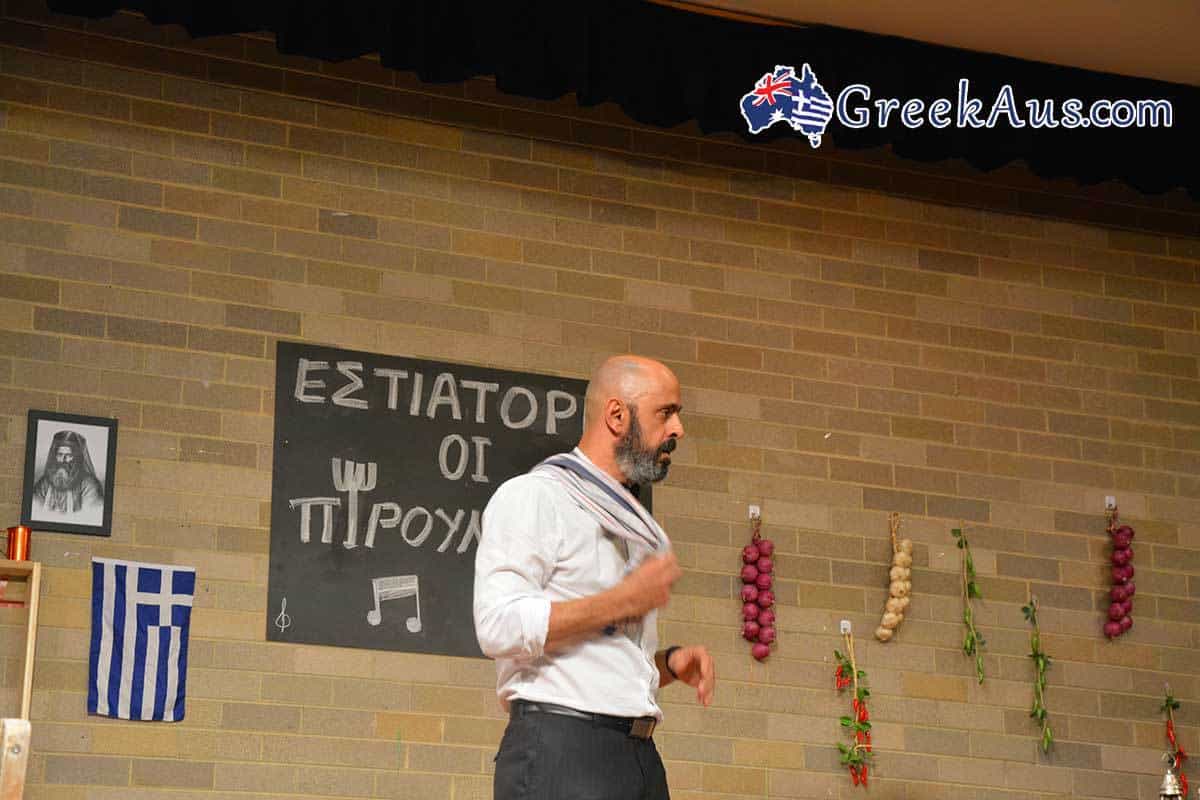 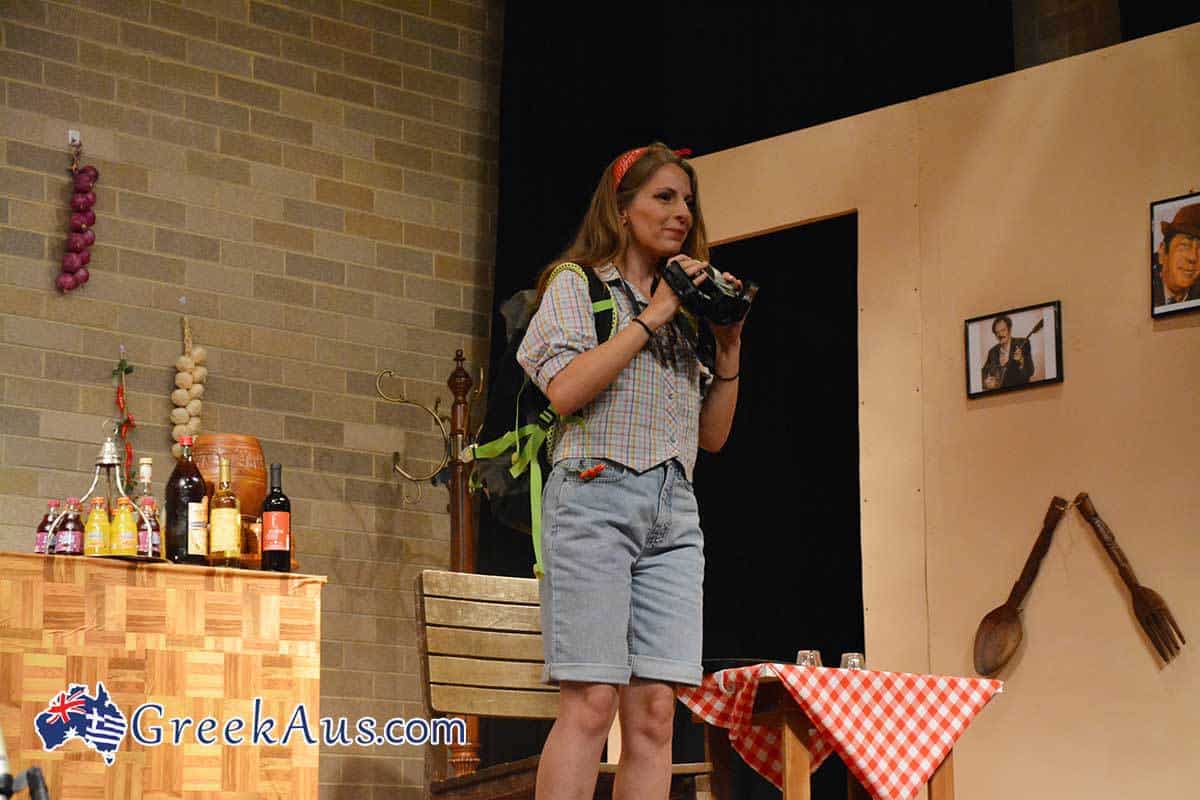 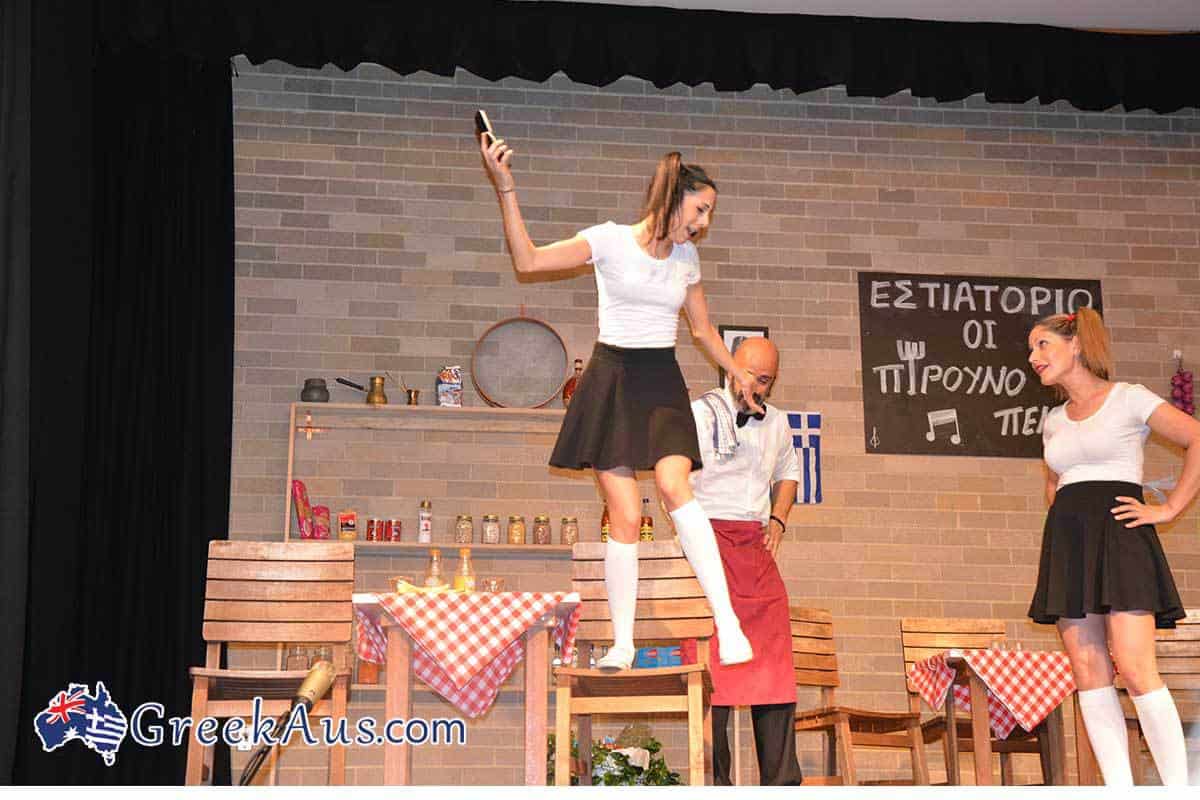 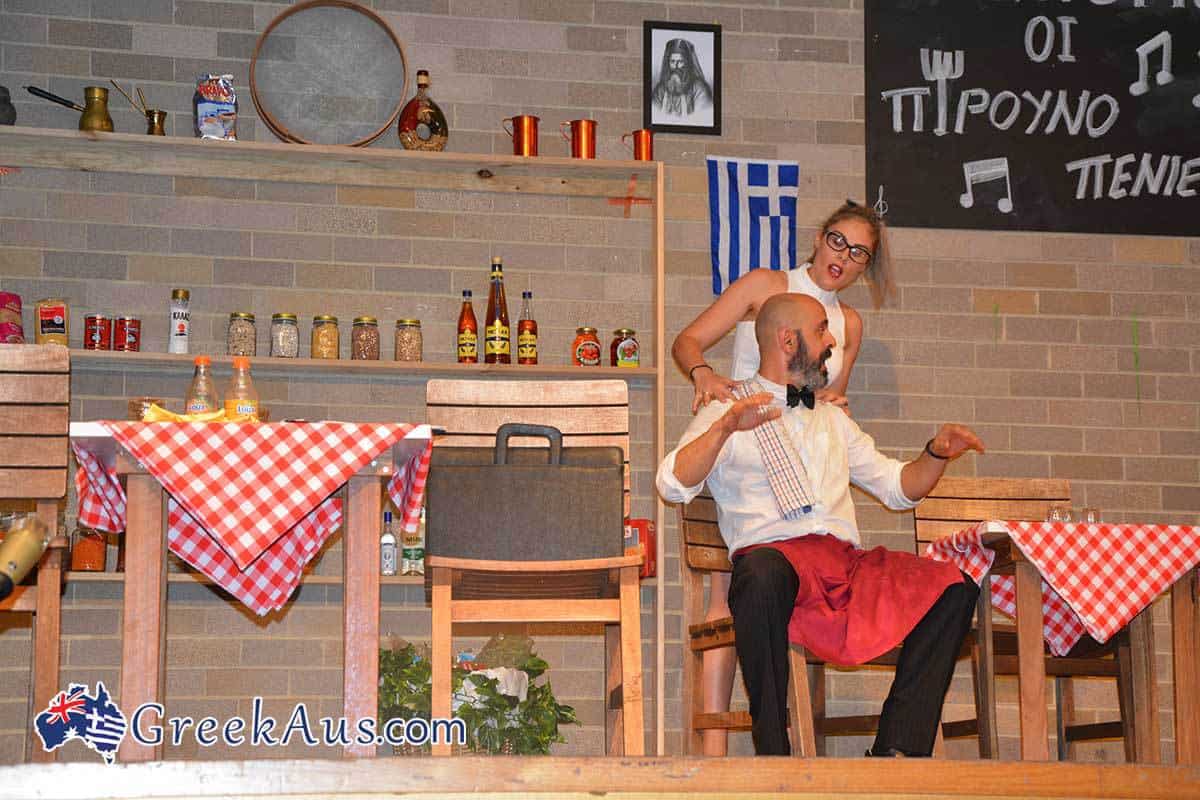 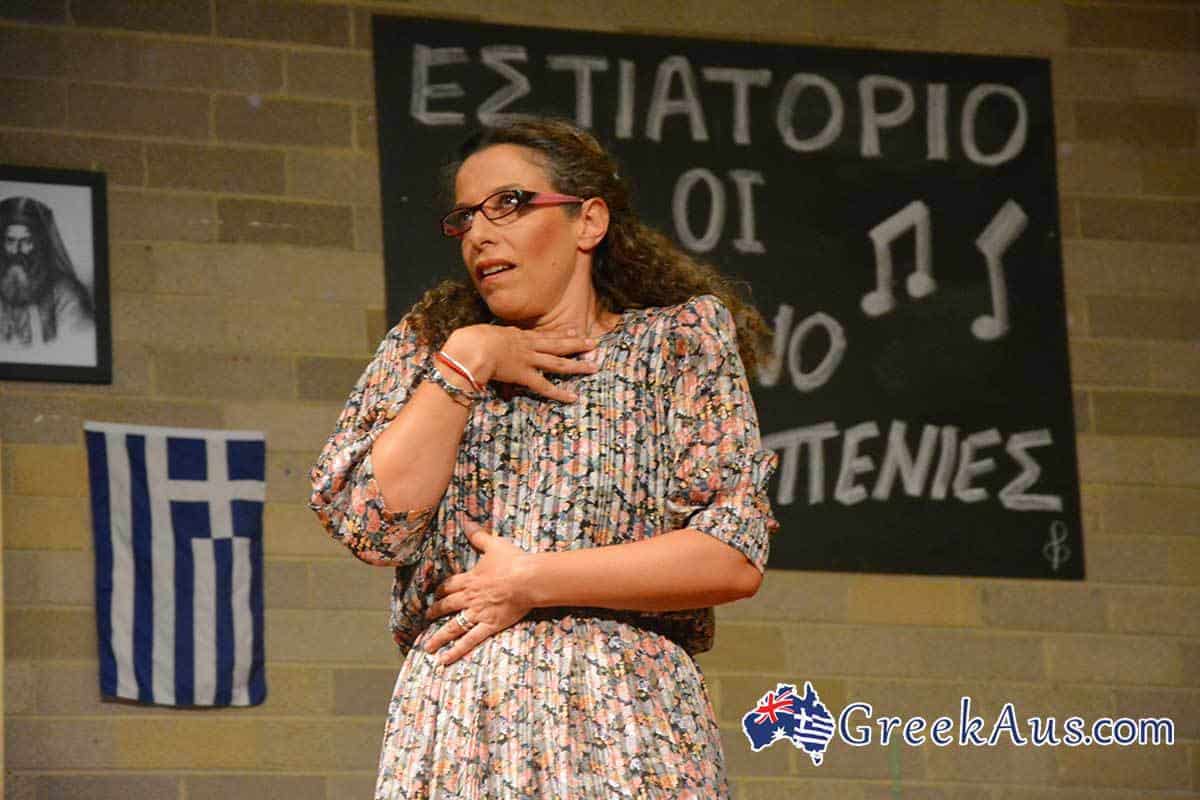 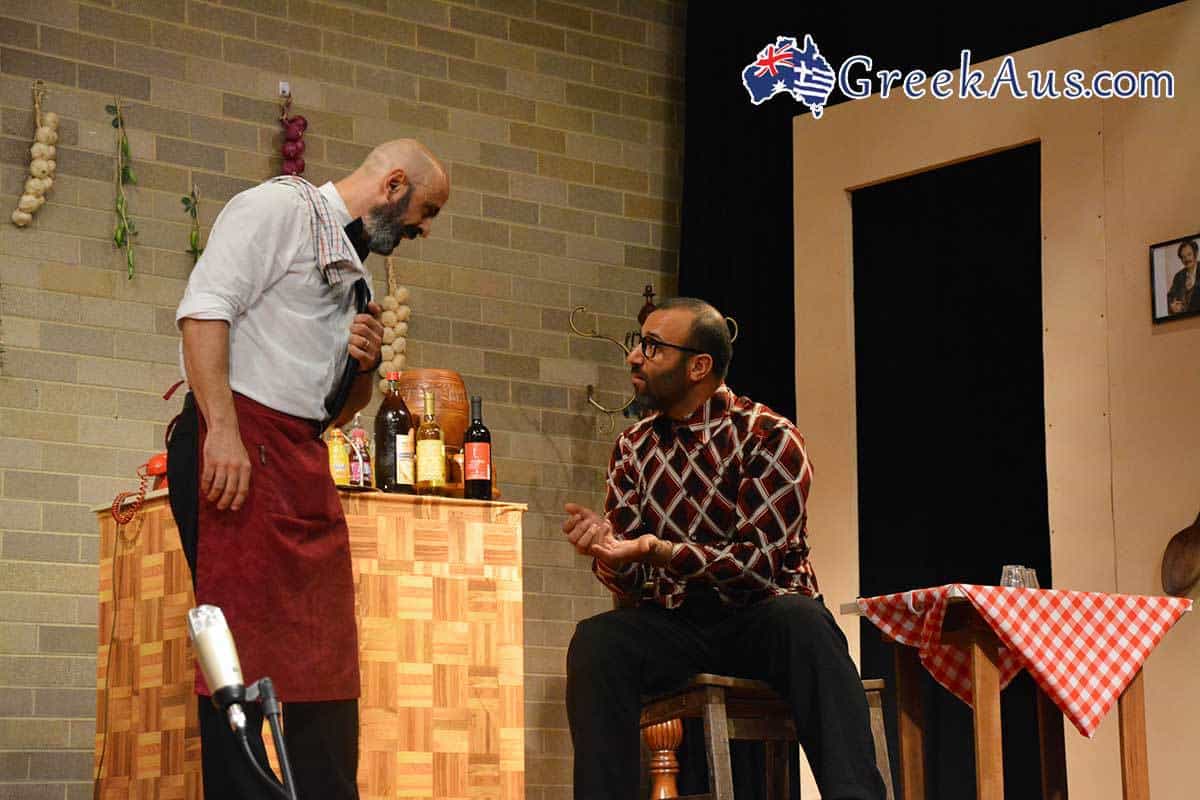 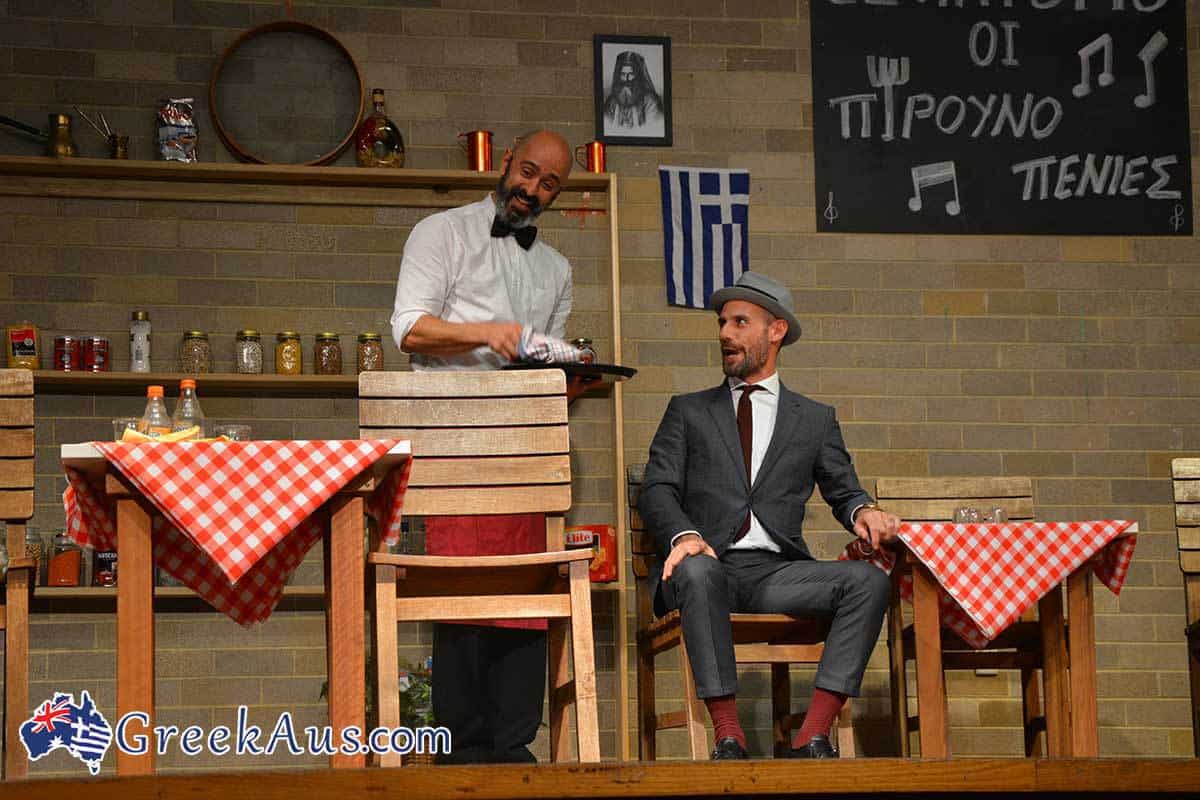 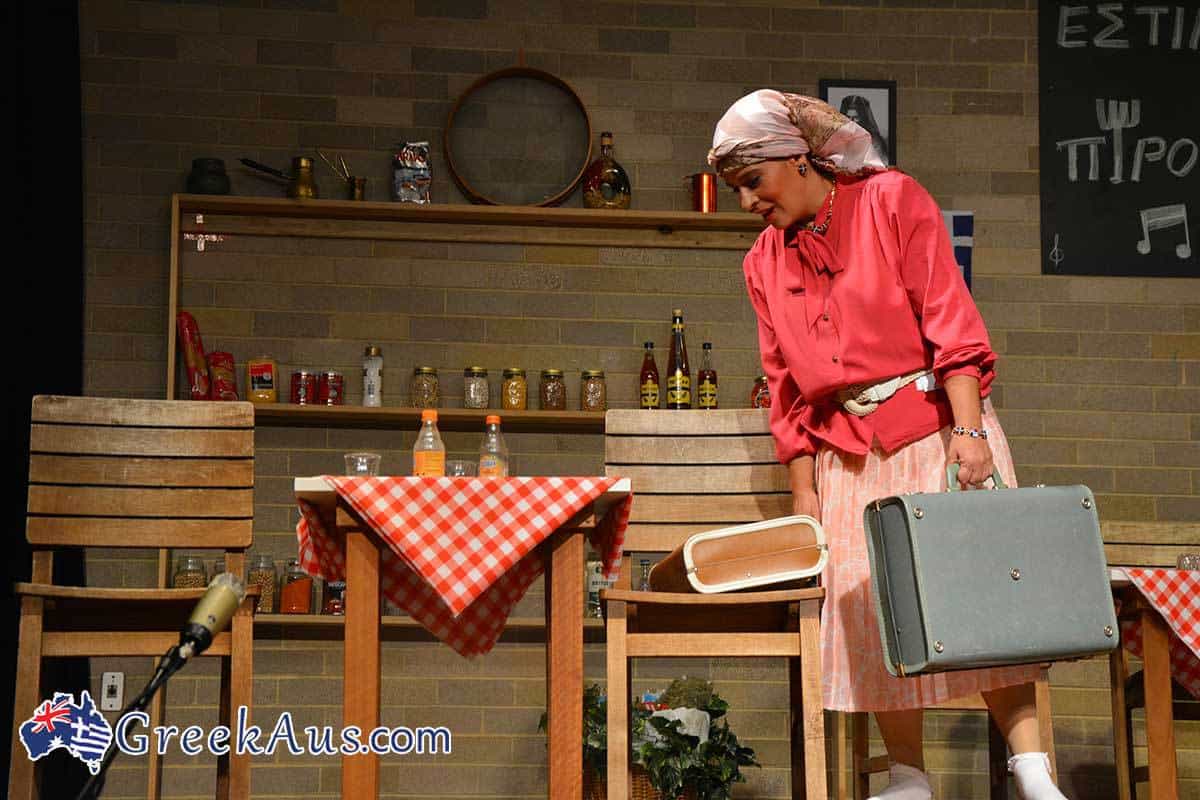 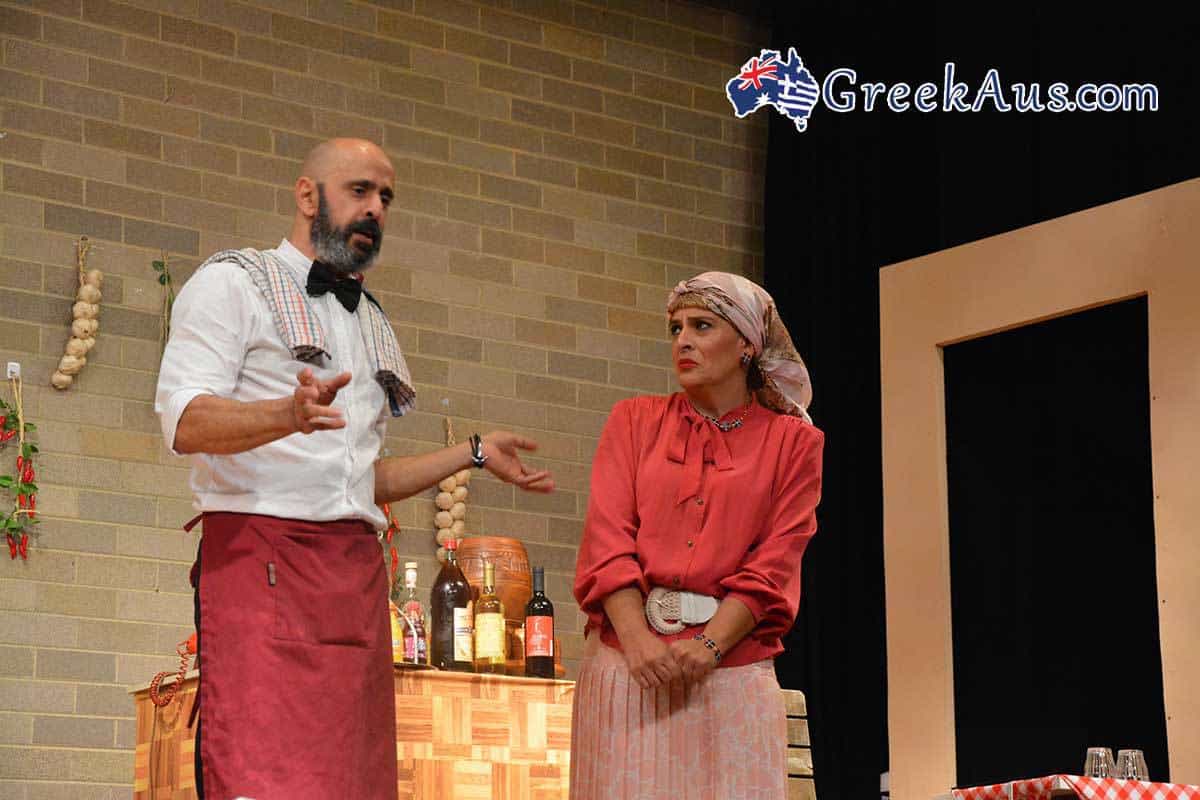 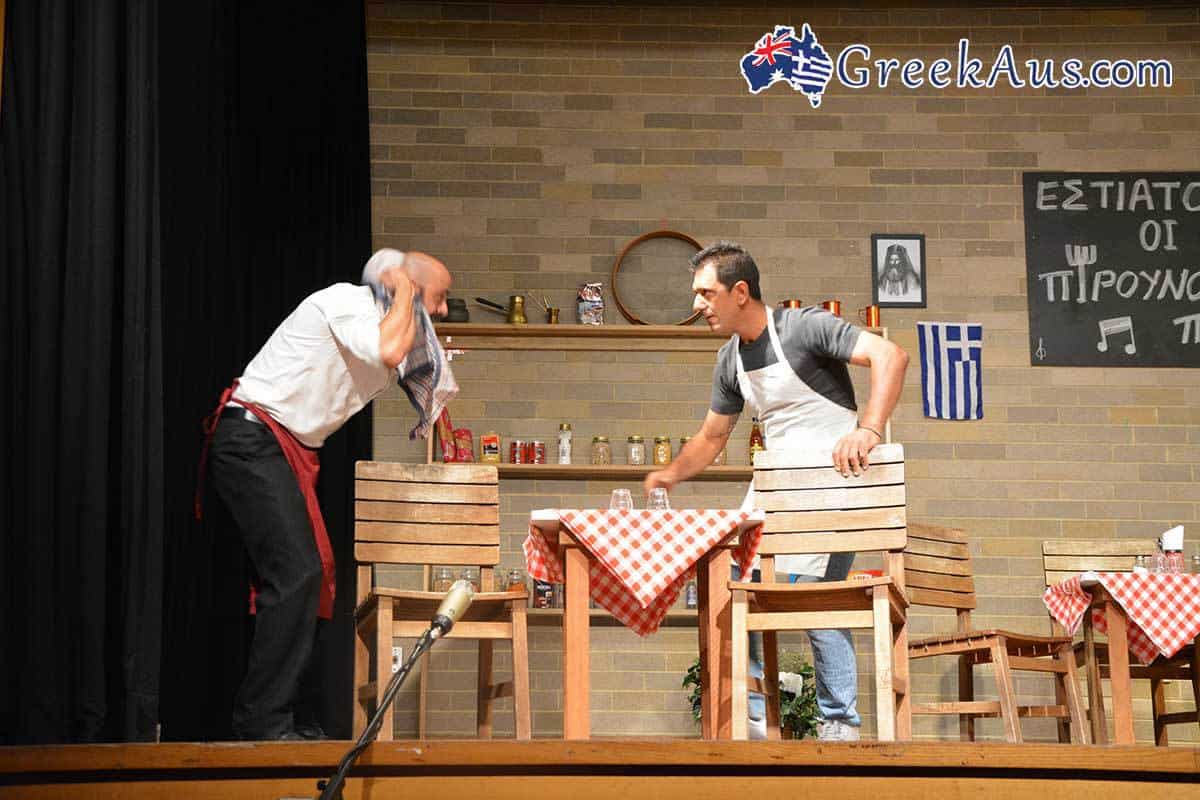 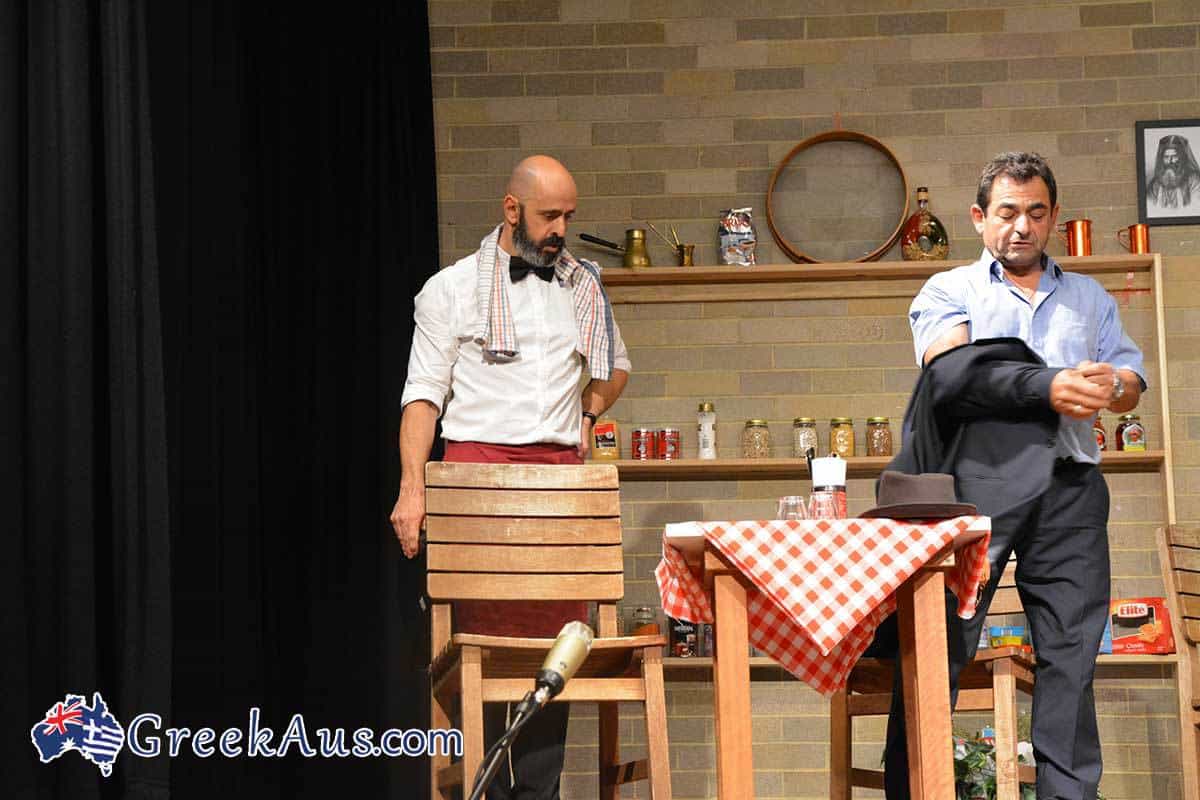 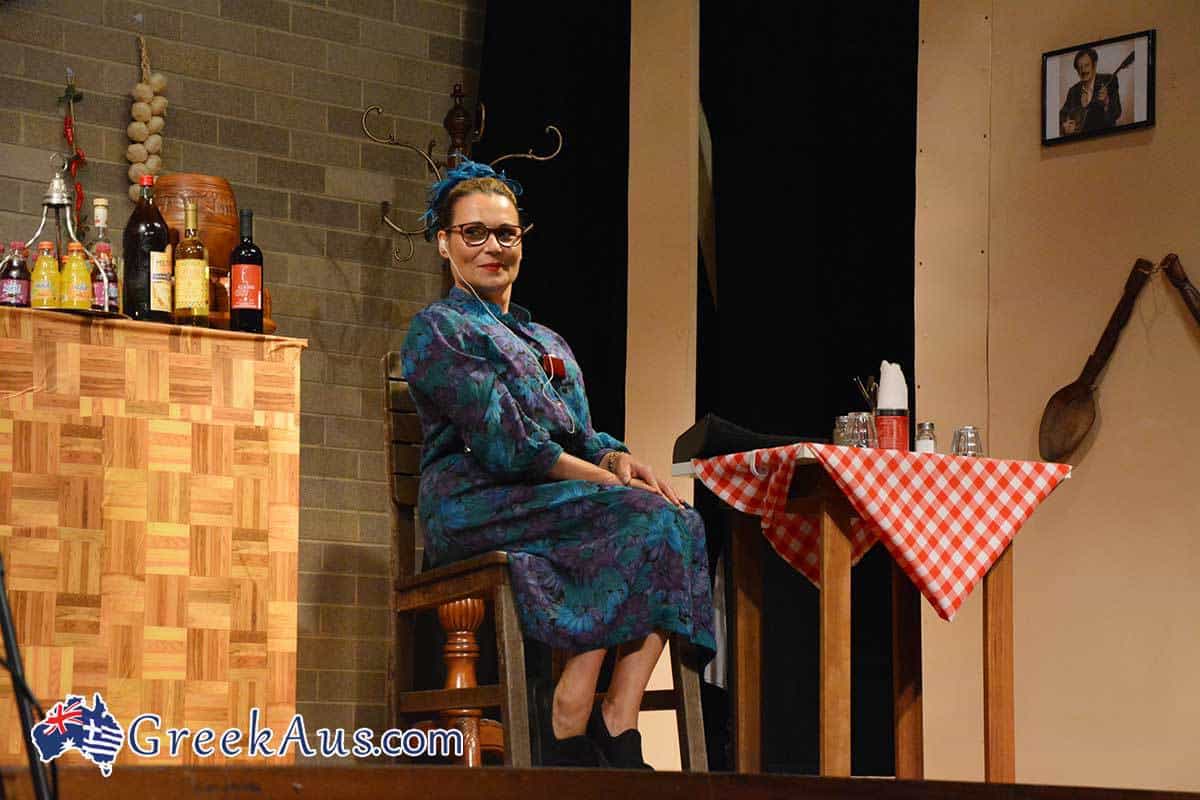 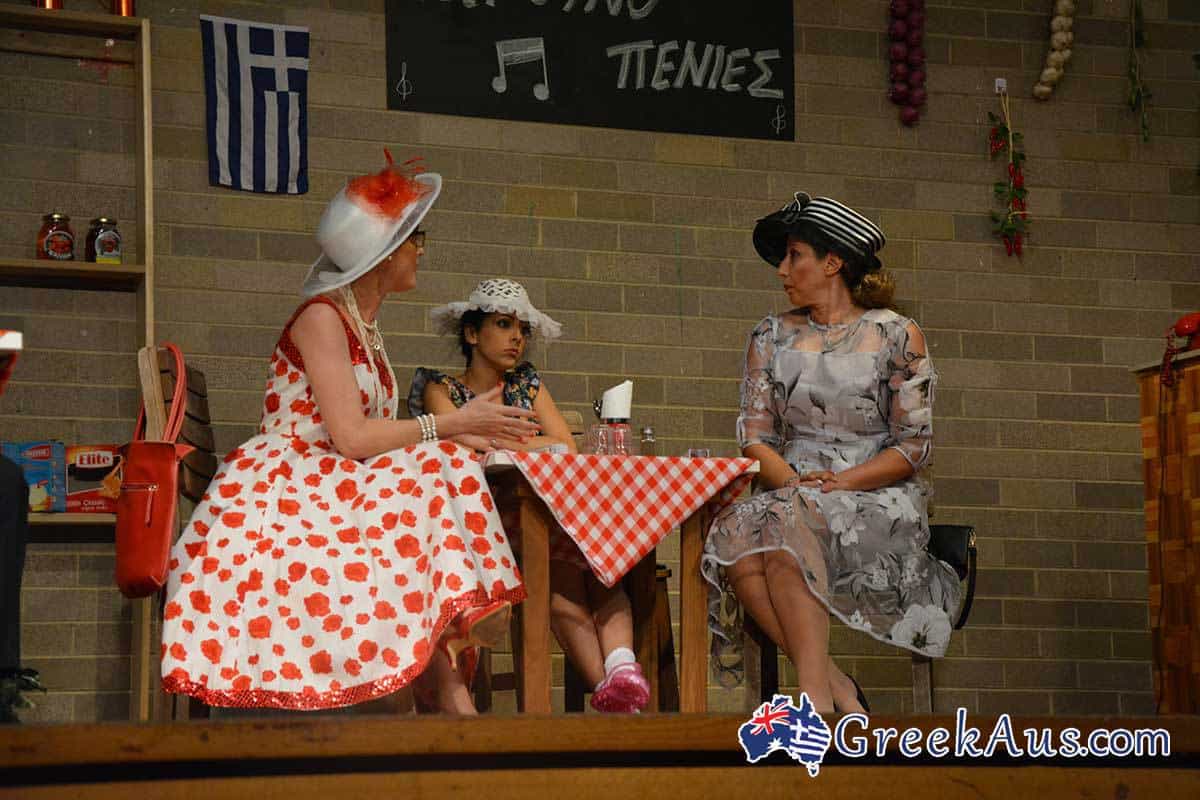 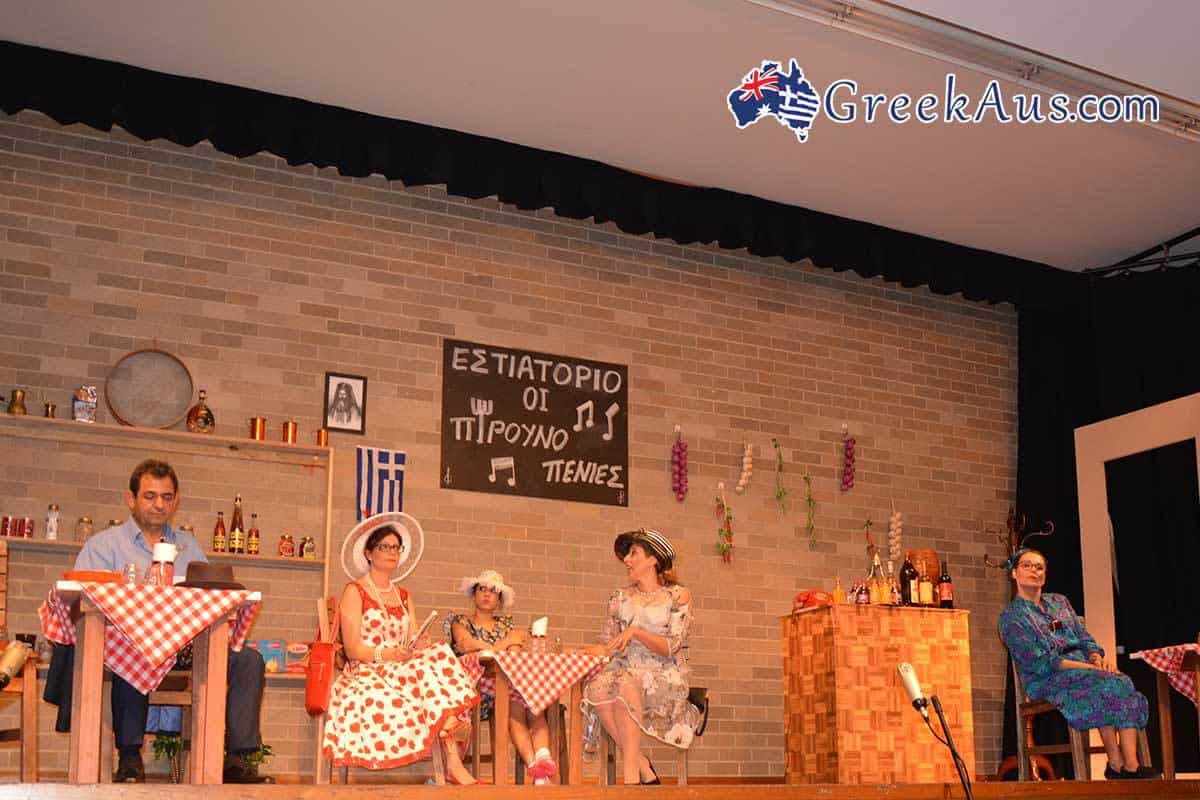 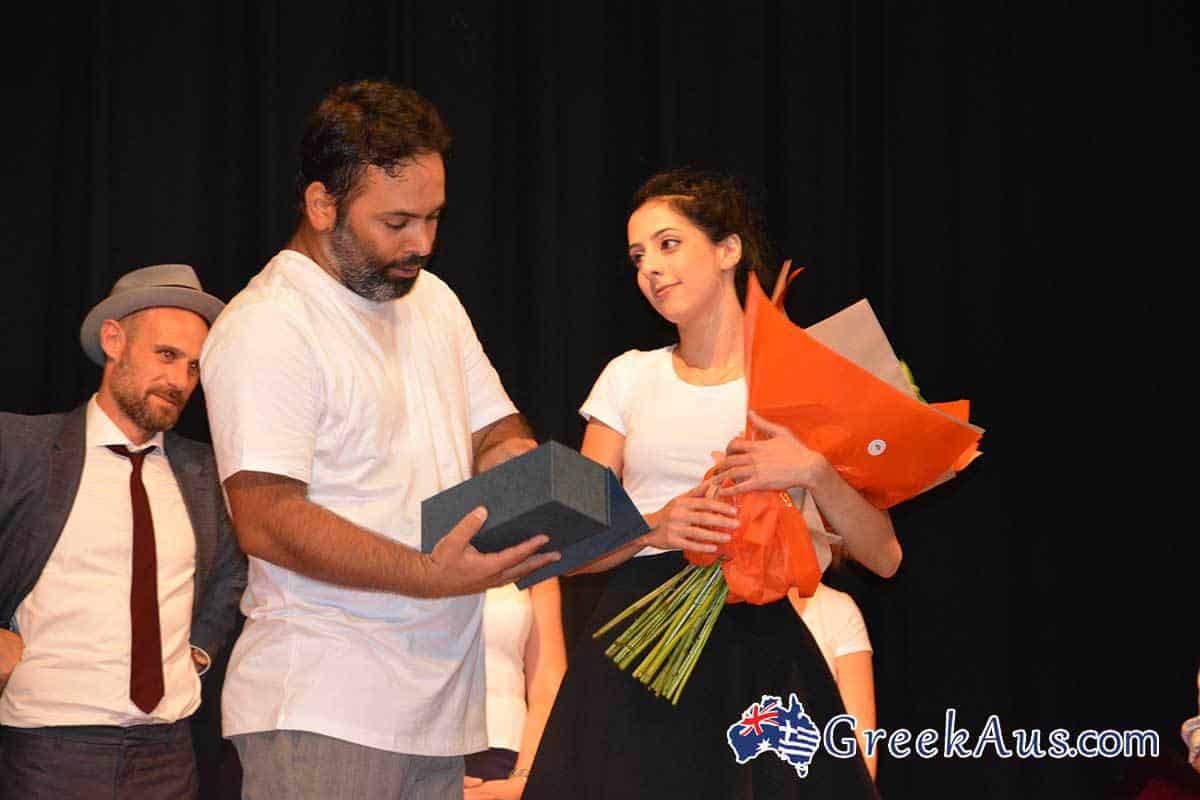 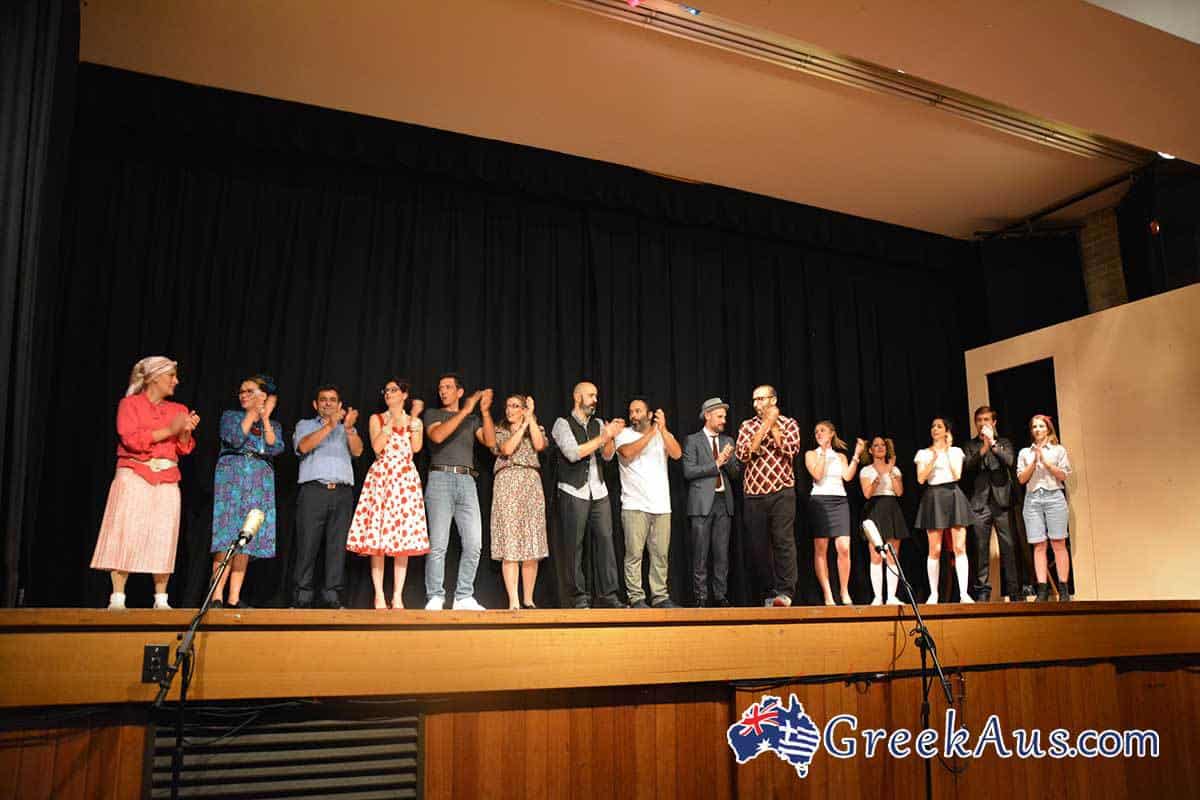 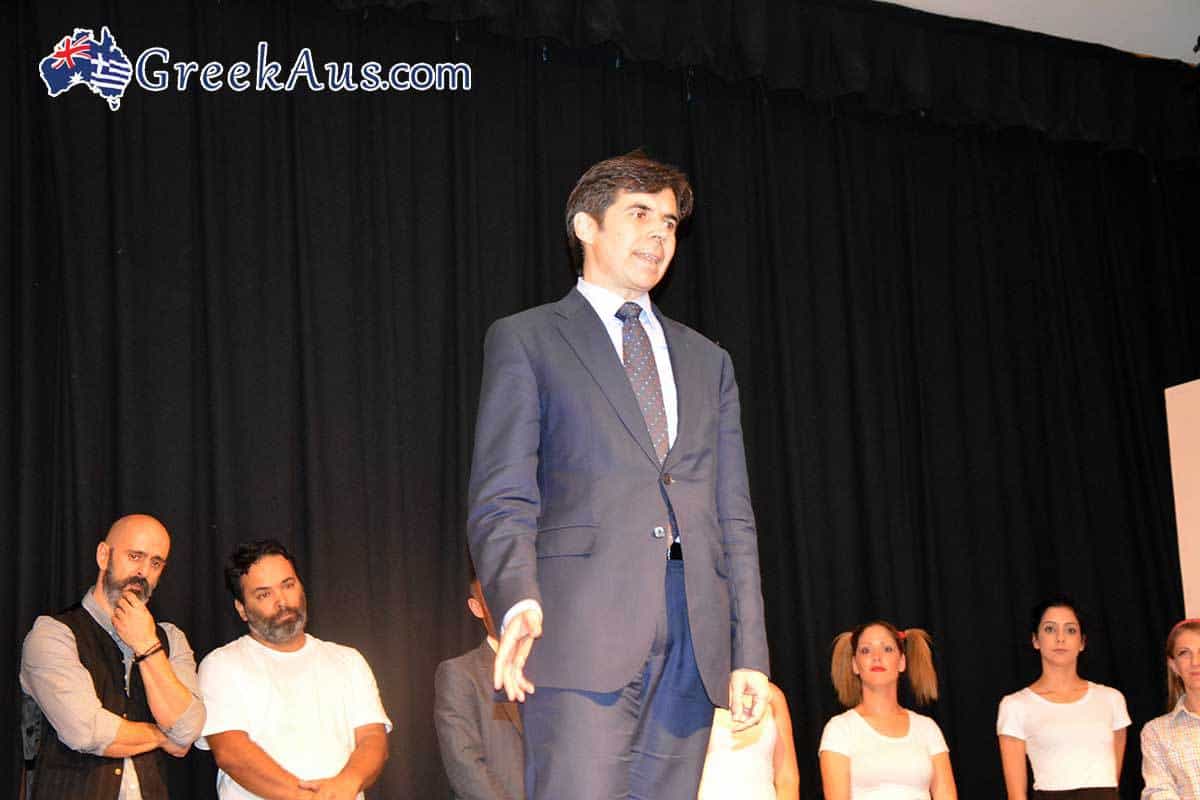 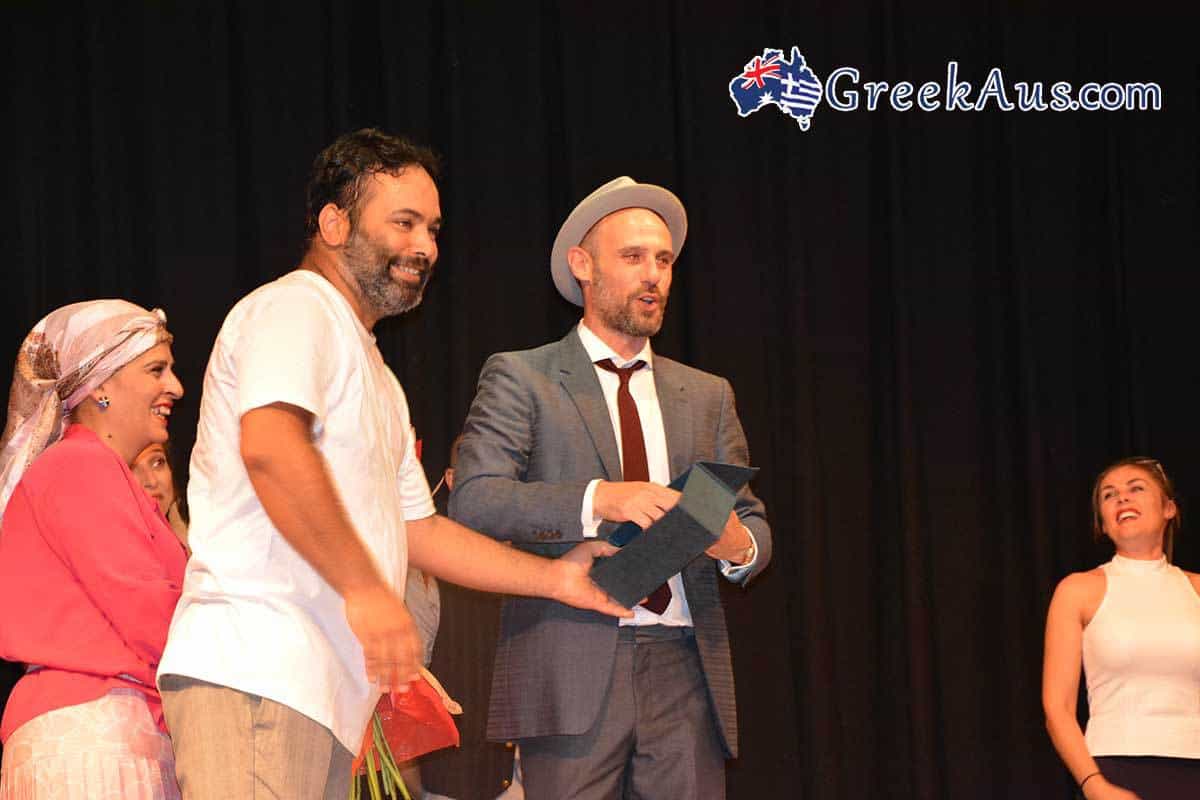 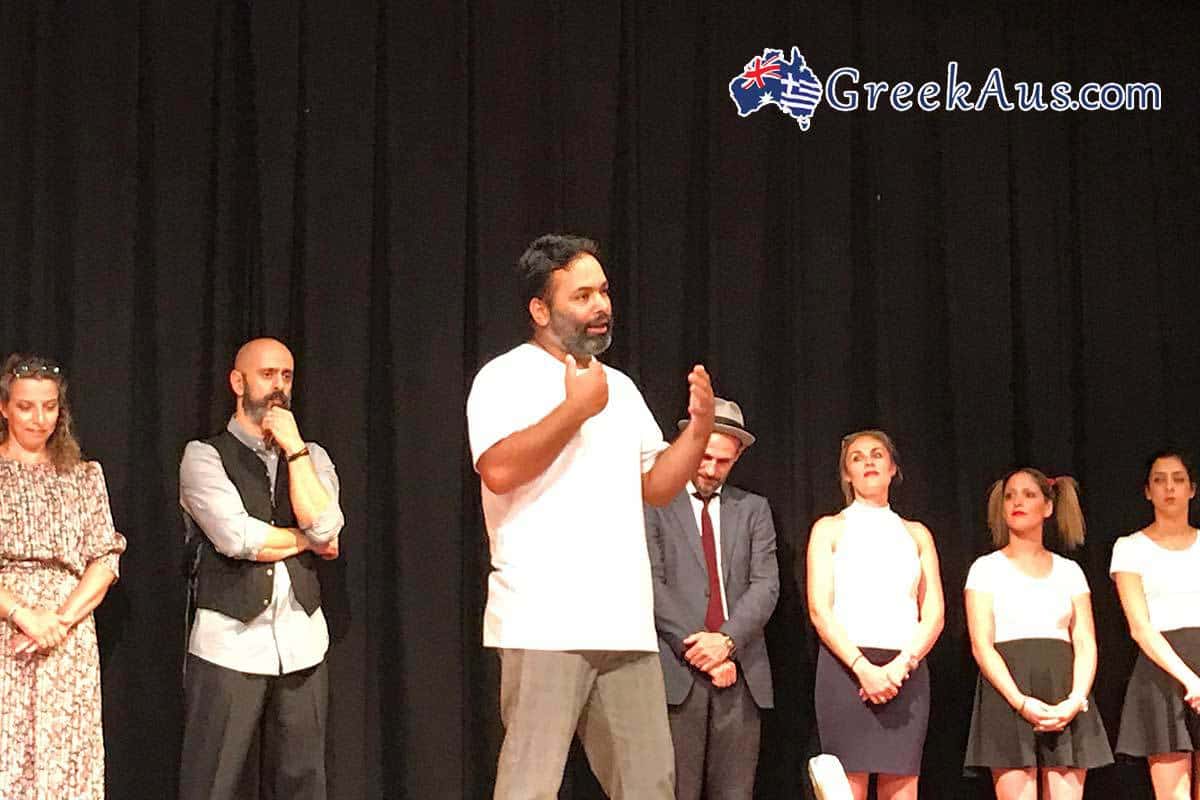 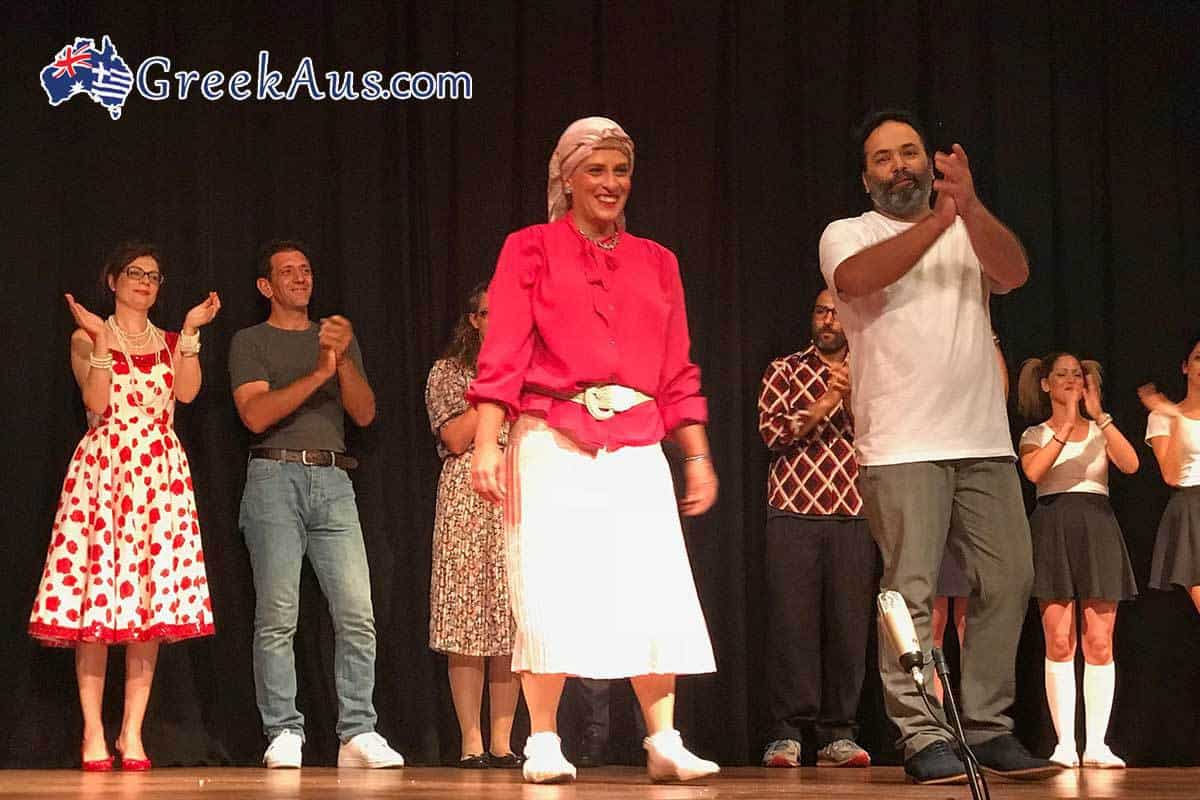 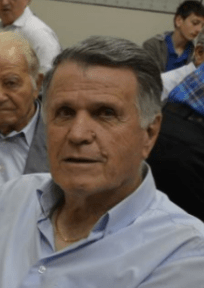