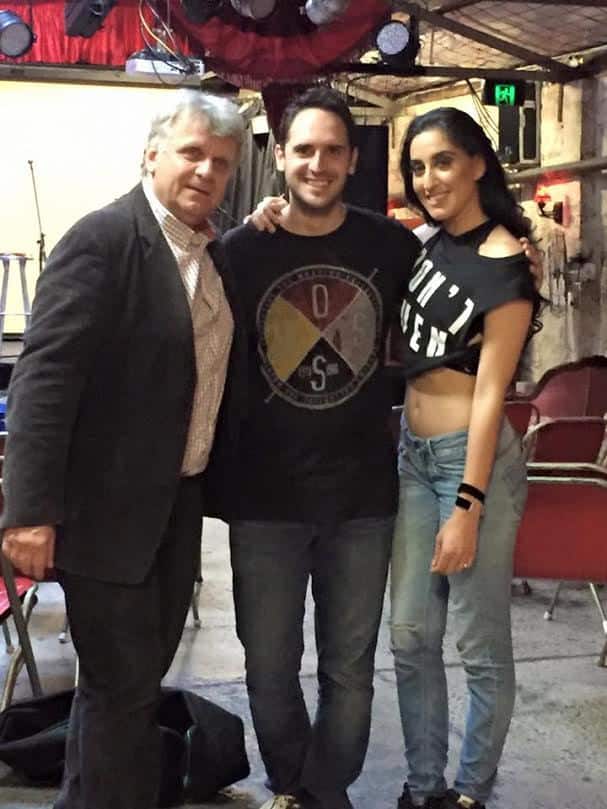 The Hellenic Theorem is a brainschild of the Professor of Modern Greek at the University of Sydney, Vrasidas Karalis. Together with Eleni Elefterias-Kostakidis, Irene Sarrinicolaou and Athanasia Costa they formed the Creative Minorities and planned a series of events which included the Demons of Athens Rock Concert, A tribute to Yiannis Ritsos commemorating the 25 years since his death with the dramatization of two poems, The Shape of Absence, performed by Athanasia Costa and the Moonlight Sonata performed by Irene Sarrinikolaou and Athanasia and accompanied by singer songwriter Anna Pappoulia who played Beethoven’s Moonlight Sonata and her own original instrumental as well. Her singing of the dirge The Hands with lyrics by the most prolific of Greek lyricists Lefteris Papadopoulos and composer Yiannis Spanos, had us all mesmerised. There are few women singers who can sing anything from pop, laiki music, to rock and then play classical music on the piano to perfection. A fairly new arrival, having come from Greece just over a year ago, Anna is a treasure-trove and we are so lucky to have her here.  Another event is the Art Show at the Shop Gallery Glebe featurimg the work of artist George Michelakakis. It opens from the 23rd November to the 6th December however everyone is invited to the official openening which is to be held on Friday November 27th at 6.30pm and launched by Vrasidas Karalis. You will have the opportunity to hear Anna Papoulia sing The Hands once again on the night. Our closing event, to be held at the Greek Bilingual Bookshop on December 5th at 6.30pm, will be a Talk by Melbourne academic George Vasilakopoulos on GOYA and Michelakakis works , followed by a musical program by the band “Without Repertoire” with Anna Papoulia (vocals and keyboard), George Spanos (guitar) and Christina Bacchiella (percussion). It is a free event however, people will be able to make a donation, no matter how large or small, to the Department of Modern Greek for future cultural events if they like. 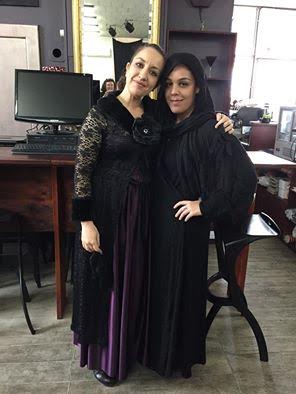 The Demons of Athens at the Red Rattler 19th November

The night was a wonderful success with over 100 in attendance at the wonderful quaint Red Rattler Theatre at Marrickville.

Professor Vrasidas Karalis recited from his book The Demons of Athens to a backdrop of disturbing visual material of Greece in this time of crisis.

The music, a selection of Greek rock songs from the 60’s and after was a good introduction to Greek rock for those who had not heard it before. The Lakedemons Band, put together by Panagiotis Psarakis were a great success and of course the exciting Tassoulla Kallenou was lots of fun as she bopped her way into the hearts of the audience. However, the great surprise was the discovery of guitarist and singer Themis Iakimidis who sang a number of the 60’s pieces and whose rendition, for an Australian born young man, was amazing. Bravo to Panayotis Psarakis who arranged all the music.

Many people have approached us to repeat this performance and even to establish a series of Greek Rock concerts.

The Ritsos event was a first performance for the Moonlight Sonata in Australia. It is a piece that has been performed by the likes of Helen Mirren (in English translation) in the UK and Melina Mercouri and many other actors in Greece. The Shape of Absence is a very touching piece that the poet wrote after the death of his goddaughter at the age of 2. It is a heart rendering piece and was performed to perfection by Athanasia Costa. The Moonlight Sonata, performed in an operatic style by Opera singer and actor Irene Sarrinikolaou, was a wonderful attempt at a production no one has been able to offer here in Sydney. Of course the poetry dramatisations are not for everyone they were presented in a very enjoyable way with surtitles in Greek and English where needed.

The Hellenic Theorem is a first attempt at a small series of cultural events by the Deaprtment of Modern Greek and we hope to continue this into the future.