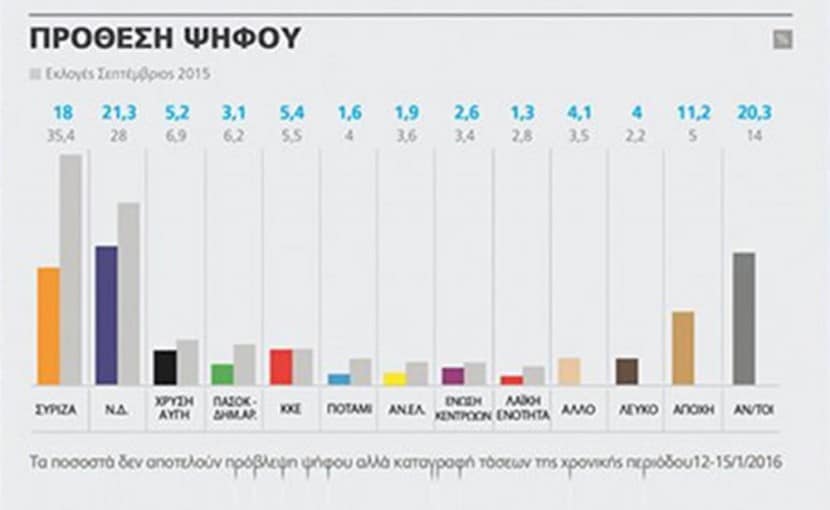 HANDICAP OF NEA DIMOKRATIA AGAINST SYRIZA

A poll that was made after the elections for the new president of Nea Dimokratia shows that Nea Dimokratia with Kyriakos Mitsotakis as a header has a handicap of 3,3% against SYRIZA.

The poll that was made by Alco for «THEMA» newspaper, shows SYRIZA to fall to 18% from 35,4% that took to the previous elections and Nea Dimokratia to take 21,3%.

It’s the first time after several months that Nea Dimokratia is ahead SYRIZA.  The big question is when did Alco managed to make this poll, when Kyriakos Mitsotakis is only six days president.

Previous article « THE GREECE OF THE SLANG AND THE GRANDIOSITY!!!