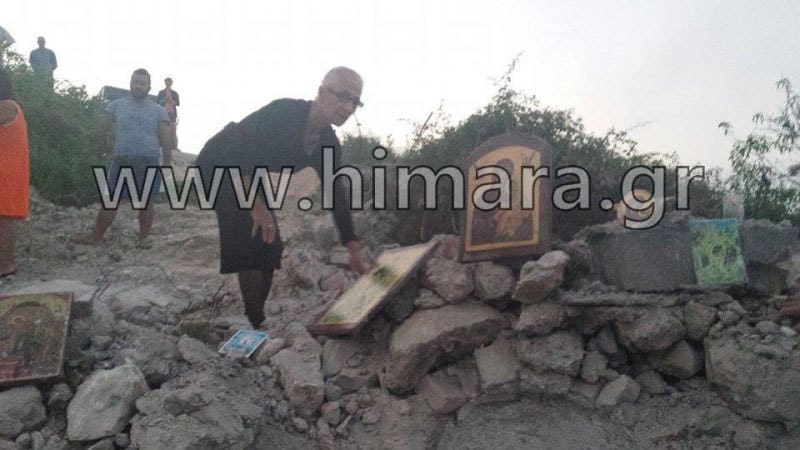 The Albanian government continues to challenge.  This time they went in to action by demolishing a Greek Orthodox church!  Representative of Albanian government stated that it is going to be placed a statue of Missionary and Catholic Bishop Nilo Katalano.  We remind that the Catholic Missionary Nilo Katalano had acted to the area in around the late of 17th century in order to proselytism to Catholicism and the expulsion of Christian Orthodox.  Katalano failed in this effort, but Albanians honor him because he promoted the teaching of the Albanian language.  The 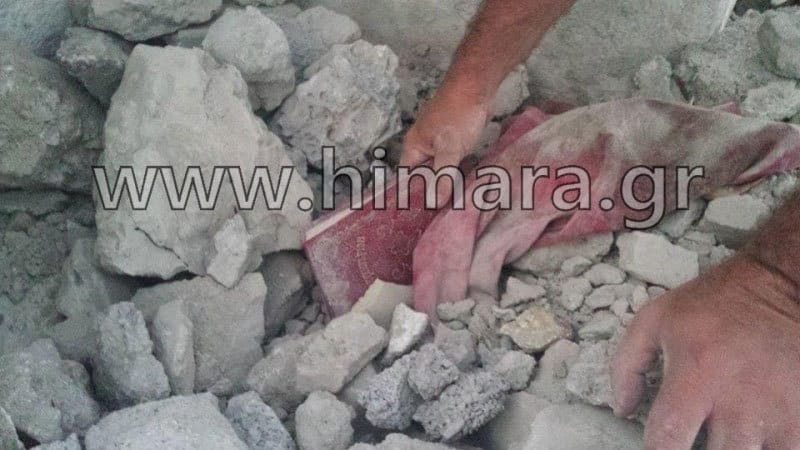 demolition of the temple was made at 4 o’clock in the morning in order to take the Christian Orthodox by surprise!  In the morning the villagers of Drymades faced the demolished parts of the church and tried to save whatever they could.  Nobody of the Orthodox believers expected the demolition of the temple because the Albanian government had promised that a solution will be find.  It is obvious that the Albanian government is trying to win the favor of the Vatican.  According the Albanian newspaper «Shekulli» there will be events dedicated to the work of the Catholic Missionary.  The Greek Foreign Ministry announced that: 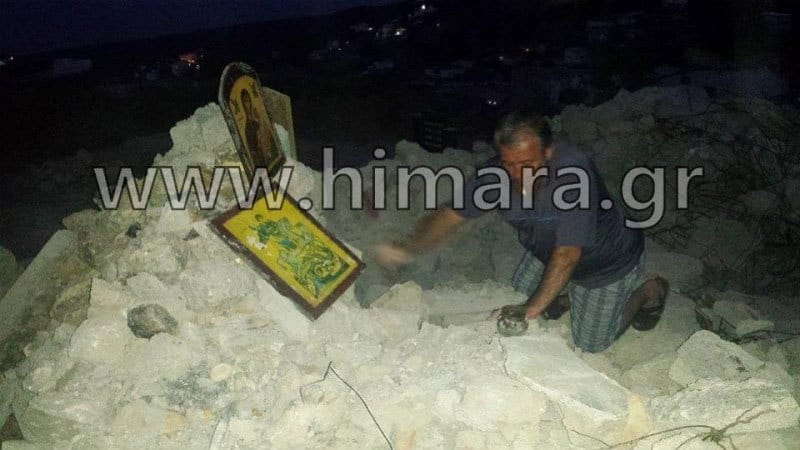 “The destruction of holy sites and objects of worship took place, at least until recently, in the wider region of the Middle East and North Africa, at the hands of jihadists. Today we also saw such an act carried out in our neighbouring country, Albania.  No one is more ungrateful than a beneficiary.
You will be informed directly of Greece’s moves in this instance towards Albania and the international community.  No further comment.” 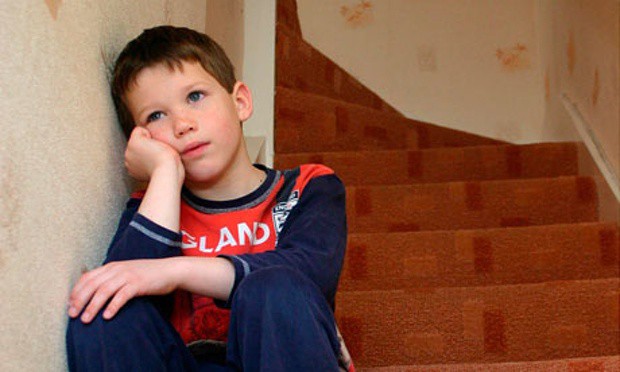 Next article ENGLAND IS THE SECOND COUNTRY WITH THE UNHAPPIEST CHILDREN »