Real Madrid impressed everyone with this match against Rayo Vallecano that ended with the score of 10-2.  Τhe first goal of the match was from Danilo in 3′ from Real Madrid and he made the 1-0. Rayo Vallecano equalised and made the score 1-1 with goal of Antonio Amaya in 10′.  After 2 minutes Rayo Vallecano is changed the score to 1-2 with Jozabed’s goal.  Gareth Bale put his first goal in 25′ and then Real turned the tables when Cristiano Ronaldo scored his first goal with penalty in 30′ and made the 3-2.  Some minutes before the end of the first half, Gareth Bale put his second goal in 41′.  In the second half Karim Benzema scored in 48′.  After some minutes Cristiano Ronaldo put his second goal in 53′.  In 61′ Gareth Bale put a goal and achieved a hat trick.  In 70′ Gareth Bale scored his fourth goal in the game.  Karim Benzema put his second goal in 80′.  And the last goal of the match was from Karim Benzema that achieved a hat trick some minutes before the end of the second half. 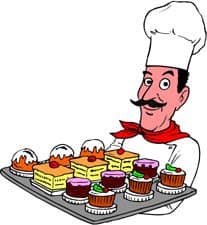 Next article A GREAT BLUNDER TO THE ANNOUNCEMENT OF MISS UNIVERSE!!! (VIDEO) »