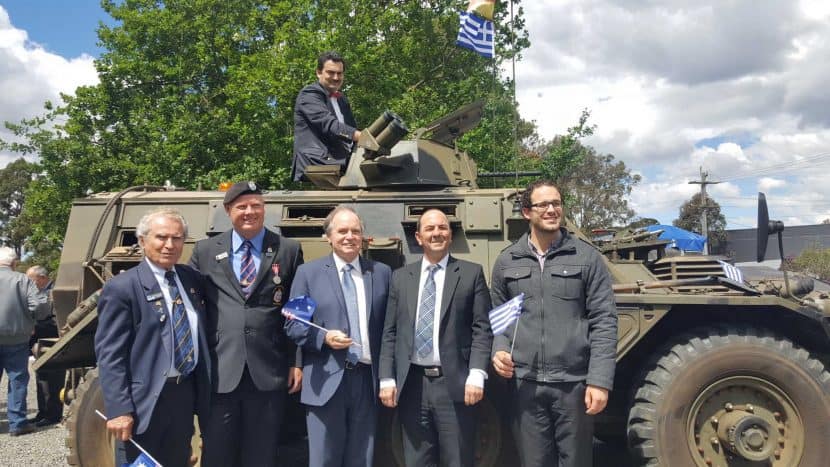 This year like last year we commemorated the struggle of 1940 with our community in the Macarthur Region and alongside AHEPA NSW, and four local RSL Sub Branches and the Greek RSL.

Following the invitation of the local sub-branch of the RSL, the President Tim Bennet – Smith from Picton Thirlmere Bargo put forward that a military parade should be considered. We put forward the proposal and were excited by the reality that we would have a small cavalcade that would provide some joy to parents, grandparents and their grandchildren on this day. 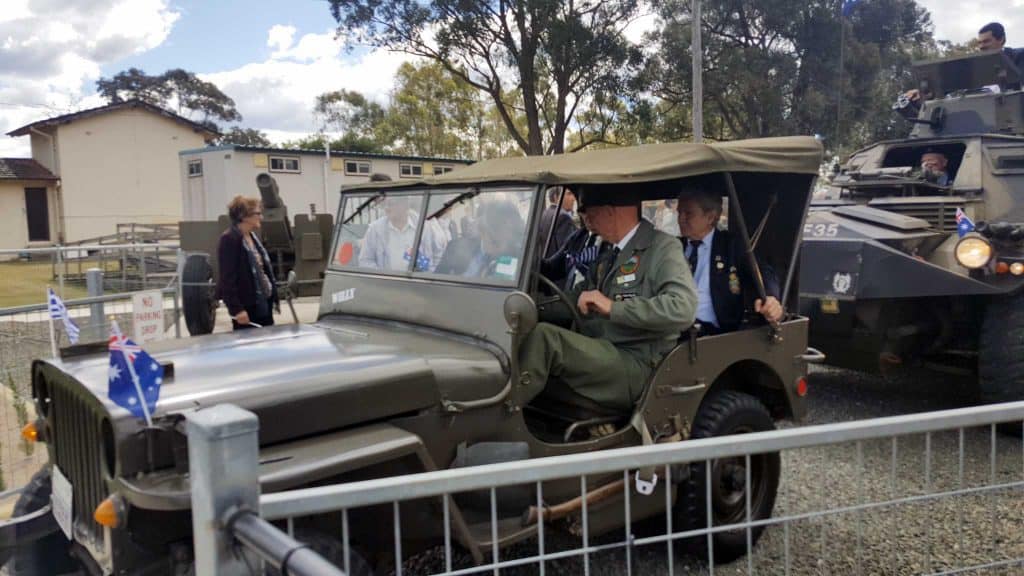 Sitting in the commander’s seat up on the armoured personnel carrier was none other than our Consul-General Dr Stavros Kyrimis, with Tim Bennet Smith at the wheel of this ten-tonne behemoth.

AHEP NSW Grand President John Kallimanis, Chapter Alexandros Lambros Papadopoulos, the Greek Sub-Branch RSL Peter Tsigounis and others got on board the three military vehicles and proceeded to travel around the main streets of Thirlmere in a small parade that joined the flag bearers group at the entrance of the RSL Hall. 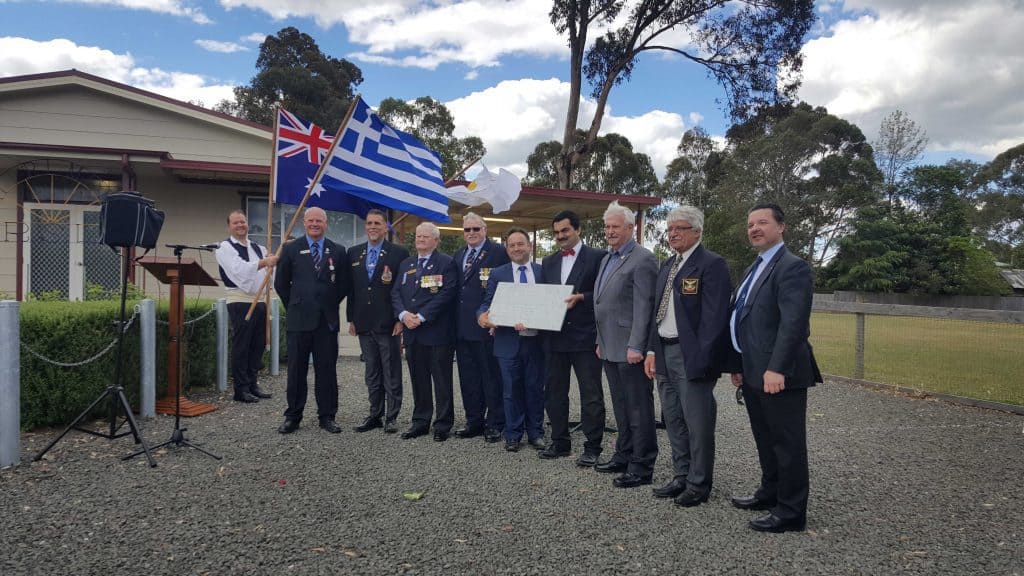 Following the parade, the Consul-General, together with Mr Kallimanis (as President of the Hellenic Village organisation), presented the commemorative «Anzacs of Hellas» marble plaques to the four RSL Sub-Branches present: Ingleburn, Campbelltown, Camden and Picton-Thirlmere­Bargo. In attendance were the various local members of government and also the President of the Cyprus Community of NSW, the President of the Pontian Brotherhood and PontoXeniteas.

Noted Historian Dr Panayiotis Diamadis told the story of these plaques. In1932, Australian classicist Christopher Brennan, «discovered» in the Epigraphic Museum in Athens, grave stele of the Athenians in honour of their fallen. 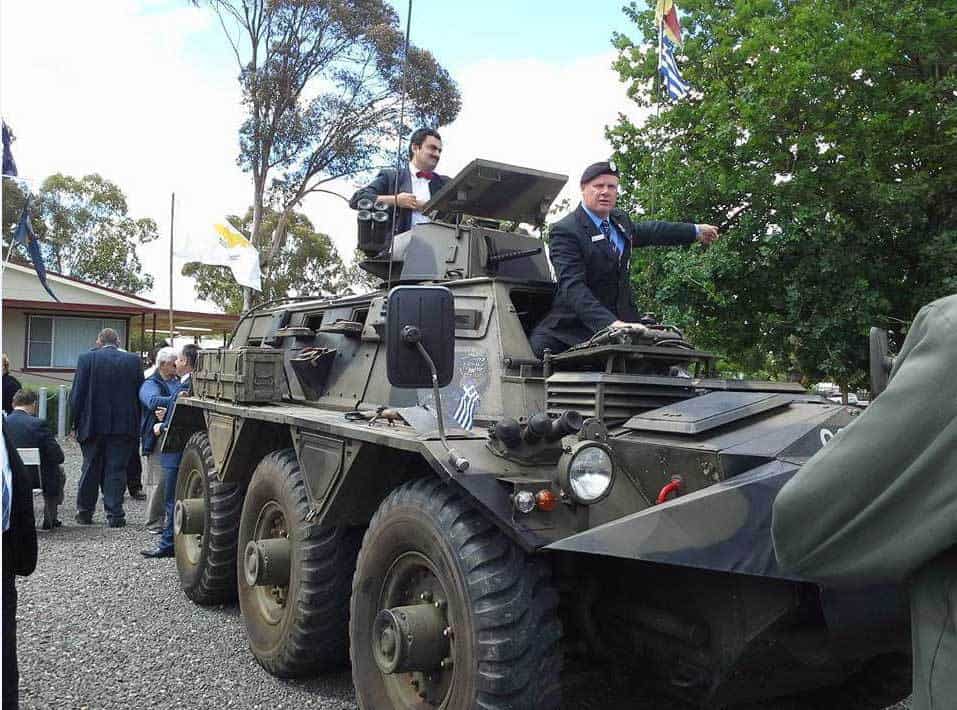 These plaques were produced with both Greek writing and an English translation and are being donated to RSL Sub-Branches, schools and other institutions across New South Wales, which have ties to the Anzacs of Hellas.

The dancers of Vasilios Aligiannis gave a superb performance of traditional music and dance in traditional folkloric costumes. Such was the KEFI of the performance that many of those in attendance got up to join in on the dancing. 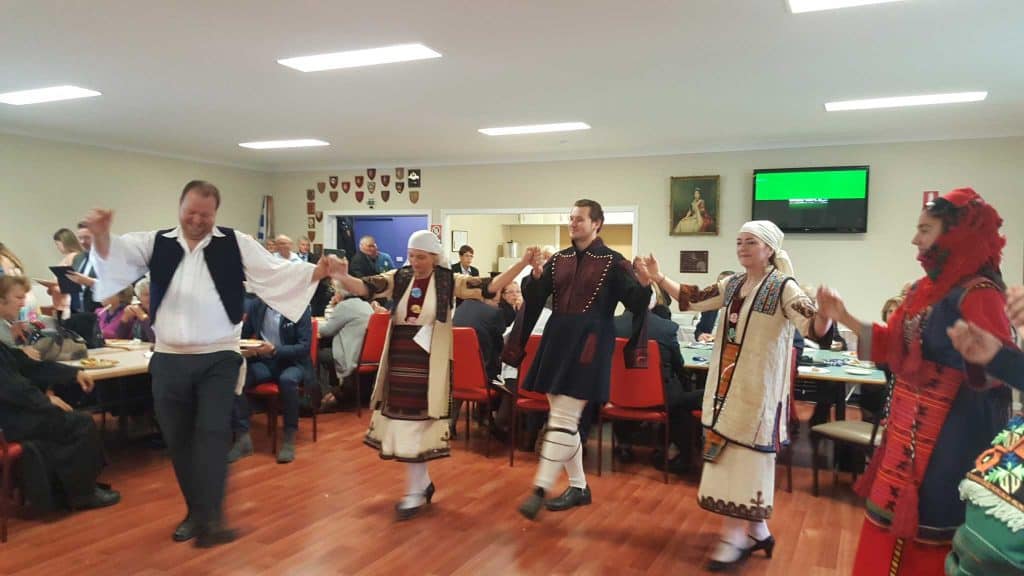 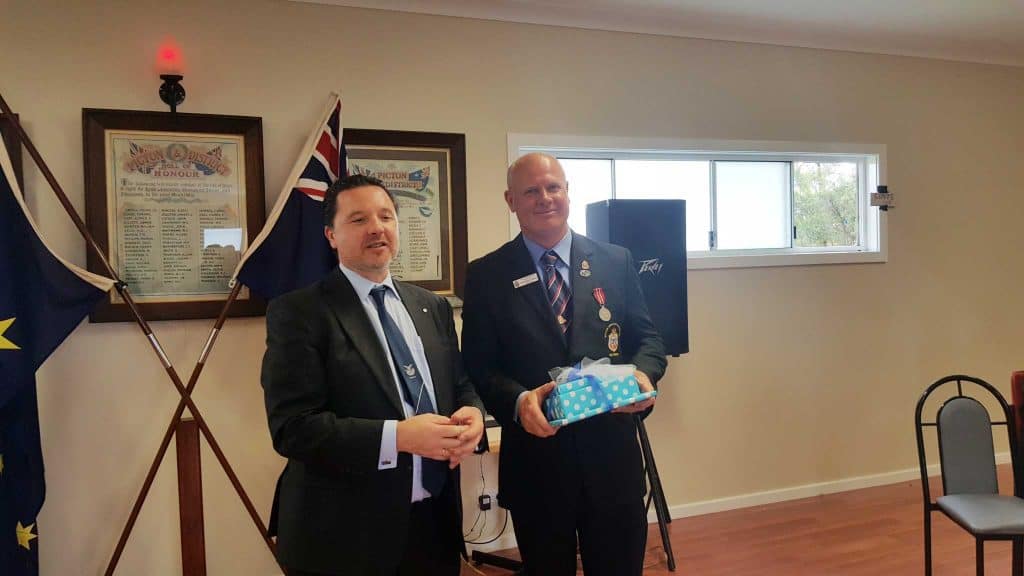 Macarthur Greeks Inc President John Tsekas made a special presentation to the Greek dance instructor Vasilios Aligiannis emphasising that we must encourage and cultivate our cultural inheritance for the next generation to carry forward. Similarly, Dr Daimadis presented to the community Bilingual books to cultivate a love of the Greek Myths and language for all Australians. 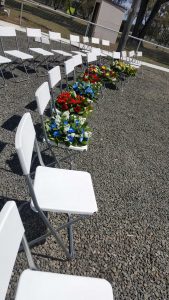 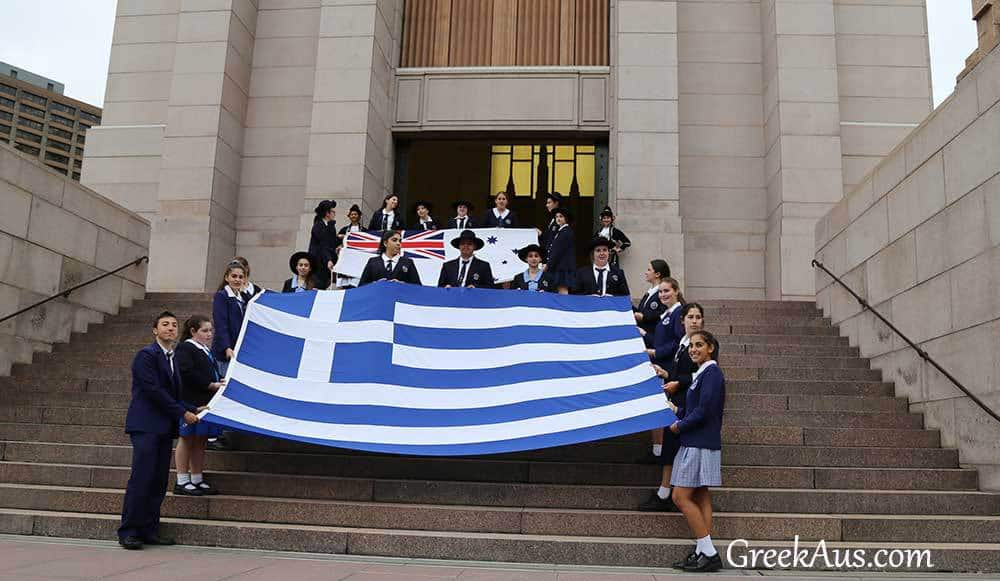