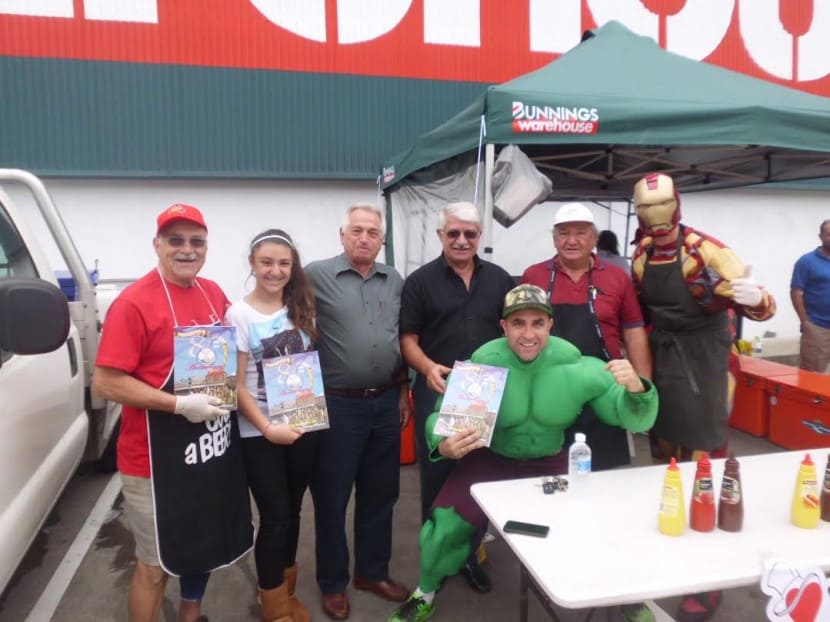 SOME MORE MONEY, $1700 FOR THE VARIETY CHILDRENS’ CHARITY

Following up on efforts in favor of Variety the Children’s Charity, the group of the car 351 with the nicknamed “The Avengers” baked sausages all day on Sunday to  Bunnings in Rockdale. They were wearing uniforms of heroes like Hulk and Iron Man, and they attracted the interest of all people and especially of the children.  Till the end of the day they added $1.700 to this remarkable charity cause.  To the photo is the state president of AHEPA Mr John Kallimanis with the team of the 351 car, Mr G. Friligkos (member of Promitheas section), his sons Arthur and Peter, and also the friend of NSW AHEPA M. Coutts.  To the event there was also the president of Promitheas section Mr Loukas Kypraios and one of the main men of the department, Mr Dimitris Tzavaras.  The AHEPA of NSW was the main sponsor of the team, and donated $10.000, for this year’s race from Bass Hill (West Sydney) to Bunbury (West Australia) and from there to Broome, before return in Sydney.  The Ford Fairlane since 1971 covered a race of almost 10.000 km, and is getting ready to take part to the race of 2016, from Sydney to Boen of North Queensland. 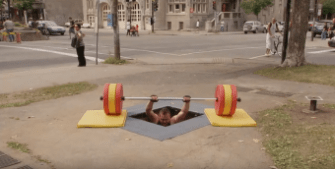 Next article SERIOUS ISSUE!!! – THE TURKS SHOT DOWN A RUSSIAN WARPLANE!!! »