Dear Channel 7 (Seven) Network
We are a peak body representing the 13 local Macedonian associations and organisations in Sydney and consequently we are the peak body of the thousands of Macedonians in Sydney who originate from the largest region of Greece, the northern Greek region of Macedonia. These Macedonians have made Australia their new homeland just as all the other Greeks have done who have originated from many other regions of Greece, for
example, the Thracians (from Thrace), the Peloponnesians (from the Peloponnese), the Cretans (from Crete), the Epirotes (from Epirus) and the Aegean Islanders (from the Aegean islands). The Greek migrants in Australia and their descendants have roots from all over Greece and the various regions being proud Macedonians, Peloponnesians, Athenians, Thessalians, Ionian islanders, Roumelians etc, being very proud Greek and/or with
Greek backgrounds and above all, being extremely proud Australian citizens. The Greek-Australian community is one of the largest and one of the most peaceful and law-abiding communities in Australia with Greek-Australians seeping into all aspects of life, climbing the echelons of Australian society. There is an abundance of examples of Greek-Australians in the local, state and federal political spheres, in the education system, in the financial world, in the health system, in the legal structures and elsewhere.
As the peak body of Macedonian associations and organisations, the Pan-Macedonian Association of Sydney and NSW wishes to express to your Channel 7 Network the feelings of extreme disappointment, dismay and even disgust as expressed by the thousands of our member Macedonians who saw that your network was broadcasting live a rally that was organised in Sydney (as well as in Melbourne, Brisbane and Perth) on Sunday
4 March 2018 by members and migrants from the officially recognised by Australia (and internationally by the United Nations and the European Union), Former Yugoslavian Republic of Macedonia also known as with the acronym “F.Y.R.O.M.” This landlocked state in the Balkan Peninsula came into existence after the disintegration of Yugoslavia in the early 90’s by insisting to use the ancient Hellenic name of Macedonia to determine itself as
well as the Vergina Star of ancient Macedon on their flag and with maps that extend further than its current borders.
Whilst we all accept the fact that in modern day, democratic Australia voices of protests and demonstrations are a right of the people, persons who attack other communities in Australia is unacceptable and should be on the one hand be banned for any televised relaying and on the other be condemned by the media with police authorities intervening and taking the appropriate measures against those who provoke. Many members of this
ex-Yugoslavia community were demonstrating in a fashion which should have been convicted as they were chanting anti-Macedonian slogans, targeting the peaceful Macedonians, proud of their Macedonian roots from northern Greece, whom we represent within the wider Greek community of Australia.

The thousands of our Macedonian members and their descendants and children have no connection with the ex-Yugoslavs who appeared to have demonstrated violently and unacceptably in the Australian cities to which demonstrations your television network dedicated considerable time to showcase what was characterized by many as contemptible and vilifying actions against the Macedonians and in general against all the Greeks. These
actions targeted as well as other peoples including the Bulgarians, Albanians and Serbians and their local communities in Australia.

It is a real shame how your Channel 7 Network did not care to relay live what our Pan-Macedonian Association of Sydney and NSW did in mid-February this year at the opening weekend of the 36th Greek Festival at Darling Harbour in a peaceful and educated manner, namely the placing of a kiosk amongst the tens of others in Tumbalong Park and the dissemination of cultural and historical information on Macedonia, Northern Greece.
Your lens should have promoted televised sessions of the abovementioned actions and not to give platform to some extremist ex-Yugoslavs whose actions insulted the Macedonians of Greece and those Macedonians who live in the Antipodes and of course contribute to Australia on many levels.
We request that Channel 7 Network clarifies for us publicly its decision to transmit last Sunday’s abhorrent events in the streets of Sydney which insulted the Macedonians causing a rift in the various communities. We believe that Channel 7 Network needs to ensure it has a balanced approach to any communities, and in this case, on the one hand the Macedonians of the wider Greek community and on the other, the community that originates from the Former Yugoslavian Republic of Macedonia if it is to report on issues. Channel 7 Network should not be adding fuel to the fire, as our Macedonian community has tolerated enough of the propaganda, the falsification of Greek history and the usage of our Macedonia name by an ex-Yugoslav community for decades. If anything, the capital cities and the current governments of Greece and of the Former Yugoslavian Republic of Macedonia, that is, Athens and Skopje, are working at present on a solution to the decades’ old problem so we are hoping that this issue can be resolved with respect and dignity to our Macedonian existence, history and culture. Lastly, we invite, and in fact urge Channel 7 Network personnel to visit Macedonia, the birthplace of Alexander the Great, King of the ancient Greek kingdom of Macedon, in northern Greece, to meet the local Macedonians, to visit the historical sites of Macedonia, like Vergina and Pella, the tomb of King Phillip and the ancient palace courts and archaeological locations reading the various Greek inscriptions, to visit the modern but with thousands of years’ history cities of Thessaloniki for example (capital of Macedonia and second largest city in Greece), of Drama, Edessa, Kastoria, Kavala, Florina and the island of Thassos, to taste the local Macedonian cuisine, to witness the local Macedonian traditions, to listen to the characteristic Macedonian sounds, music and dances with our distinctive instruments, the gaida (bagpipes) and the zourna (flute like instrument) and in general to take in the Hellenic culture of Macedonia. It is these cultural features that we, as Macedonians on a personal level and through our regular cultural events promote amongst our local Macedonian community and within the wider Greek diaspora as well as beyond to the Australian society showcasing who we are whilst respecting
simultaneously the multicultural nature of our new homeland, Australia. A great example of this in Sydney remains the recent and educated initiative taken by the Pan-Macedonian Association and its kiosk at the current 36th Greek Festival of Sydney in mid-February. Our right to exist must be respected by all other peoples and communities as provocations against our Macedonian motherland and our country of origin as a whole, that is
Greece can be characterised as acts of vilification, bigotry and racism.
Yours respectfully
The Committee of the Pan-Macedonian Association of NSW 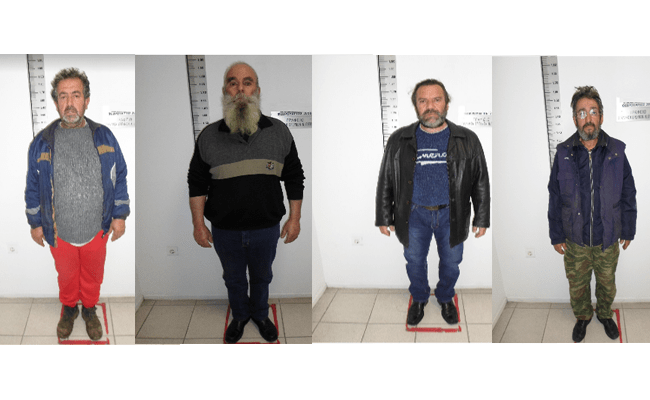