Police are appealing for witnesses to a fatal crash after a pedestrian was hit by a truck at Somerton Park this morning.

Just before 9am a male pedestrian was struck by a truck travelling south on Brighton Road, near the intersection of Boundary Road. Emergency Services crews attempted to treat the 57-year-old man from Glenelg but he died at the scene.

The State’s road toll is now 59 compared to 56 at the same time last year.

Please urge anyone who may have witnessed the incident or saw the man in the area prior to the crash to call Crime Stoppers on 1800 333 000 or online at https://sa.crimestoppers.com.au 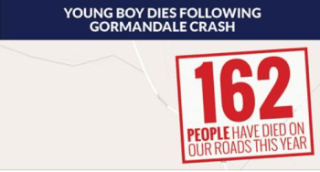