A man has been charged following an alleged violent incident on the state’s far north coast.

About 8.50pm yesterday (Friday 14 August 2015), police were called to a fast food restaurant on Bangalow Road, Ballina, after a man entered the store armed with a knife.

The man allegedly made threats and began damaging property. All staff and customers were able to leave the store uninjured.

The man allegedly refused to leave the store and continued to damage property.

About 9.30pm, police from Richmond Local Area Command arrested the man without incident.

The 21-year-old Queensland man was taken to Ballina Police Station and charged with remain on enclosed lands, assault, armed with intent, malicious damage, assault police, and use weapon to avoid apprehension.

He has been refused bail to appear at Lismore Local Court later today (Saturday 15 August 2015). 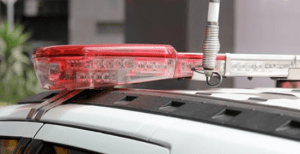