A man has been charged over multiple serious alleged domestic violence offences, including shooting a woman with an air rifle, injuring her with a knife, and sexually assaulting her.

The alleged offences occurred between 2004 and 2015, with the majority occurring while the couple resided in Wagga Wagga; and some allegedly occurring in Ballina this year.

The allegations were reported for the first time in September this year and officers from Richmond Local Area Command immediately commenced inquiries under Strike Force Boat.

As a result of investigations, about 11am yesterday (Thursday 10 December 2015), a search warrant was executed at an address in West Ballina, where police seized computers, tattoo guns, compound bows and other items.

About 2 pm, police arrested a 41-year-old man at a work site in Moree. 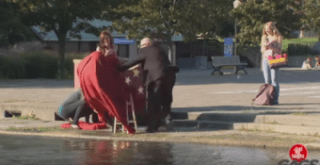