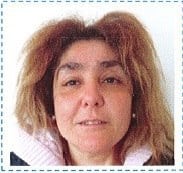 Police have serious concerns for the welfare of a woman missing from Bondi since Monday.

She is described as being of Mediterranean/Middle Eastern in appearance, 153cm tall, of a medium build, with brown eyes, an olive complexion, and light brown, collar length hair.

Ms Pambos was last seen wearing a black jacket and dark coloured tights, and may be using a walking stick.

Police have concerns for her welfare due to the circumstances in which she left the home and the amount of time she has been missing.

Anyone with information about Mantalena Pambos’ whereabouts is urged to contact Crime Stoppers on 1800 333 000.

Previous article « TSIPRAS ANNOUNCED ELECTIONS IN GREECE: ”PEOPLE WILL JUDGE US” – ON 20th SEPTEMBER THE ELECTIONS 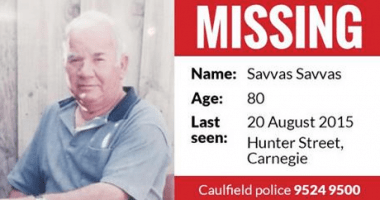 Next article Help us find Savvas »