Police are appealing for witnesses following an incident outside a hotel at Parramatta on the weekend, which has left a man hospitalised with critical injuries.

Shortly before 1.30am (Saturday 7 November 2015), a number of people became involved in an altercation outside the licensed premises on Smith Street.

Emergency services were contacted and police from Parramatta Local Area Command attended and located two men who had been involved in the incident.

Police spoke with a 21-year-old man who had suffered facial lacerations and a possible broken nose. The man was treated at the scene and conveyed to hospital.

A 22-year-old man was also speaking with officers but subsequently collapsed.

The man was treated at the scene by Ambulance Paramedics and was conveyed to Westmead Hospital in a critical condition with a suspected bleed on the brain.

His condition remains as serious, but stable.

Patrolling police located three men a short distance away and they were arrested and conveyed to Parramatta Police Station.

The two 18-year-olds were granted conditional bail, to appear at Parramatta Local Court on 30 November 2015.

The 19-year-old man was refused bail, to appear at Parramatta Local Court on Thursday 12 November 2015.

Investigators have appealed for anyone that might have witnessed the incident or with information about those involved to contact Crime Stoppers. 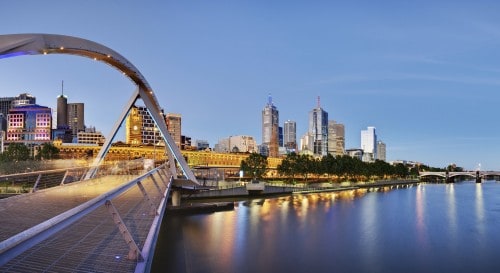