A woman has been charged with stabbing her partner during a domestic dispute in Redfern.

At 5.10am yesterday (Thursday 13 August 2015), a 19-year-old man presented to Royal Prince Alfred Hospital with a stab wound. Police were subsequently called and commenced inquiries.

As a result of these inquiries about 11.30am yesterday, police arrested the man’s 20-year-old partner at Redfern Police Station.

Police allege that the woman stabbed her partner with a pair of scissors about 4am yesterday morning at a home in Redfern.

She was charged with reckless wounding (domestic violence related), and granted conditional bail to appear at Downing Centre Local Court on 2 September 2015. 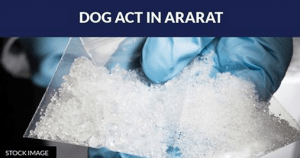 Next article Dog act in Ararat »