Police have charged a woman following an alleged assault with a glass in Double Bay on the weekend.

About 9.45pm (Saturday 15 August 2015), police were told a 20-year-old man was with friends at licensed premises in Double Bay.

An altercation has allegedly occurred between the man and two unknown women over a spilt drink.

The man has gone into the male toilets and was allegedly followed a short time later by the two unknown women.

One of the women allegedly threw a glass at the man’s face, causing a chipped front tooth and a cut to his lip.

The women allegedly left the hotel and the man later attended Paddington Police Station to report the incident to police.

Police investigating the incident are hoping to speak with a woman who may be able to assist them with inquiries.

The woman was charged with assault occasioning actual bodily harm and common assault. She was given conditional bail to appear at Waverley Local court on Wednesday 16 September 2015. 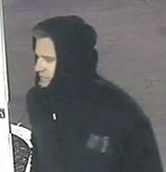 Next article Image released following a series of robberies in Windsor, Albert Park and Toorak »