Please keep an eye out for these credit card thieves

Yarra Crime Investigation Unit detectives are on the hunt for two opportunistic female thieves who went on a spending spree with someone else’s money.

Investigators have been told a young woman was in a Brunswick Street pub in Fitzroy about 12.15am on 14 November when her mobile phone and purse were stolen.

The victim’s credit card was subsequently used by two women to buy alcohol at the same pub.

It’s believed the duo then left the pub and bought food, drinks and other items at a number of venues in Fitzroy and St Kilda.

Police are investigating the incident and have released CCTV images of two women they believe may be able to assist them with their enquiries.

The first woman is described as Caucasian and aged in her early -mid 20s with shoulder-length blonde hair and a fair complexion. 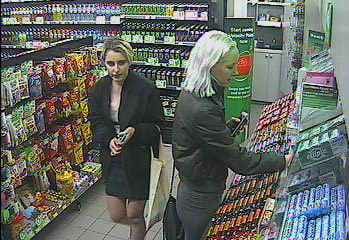 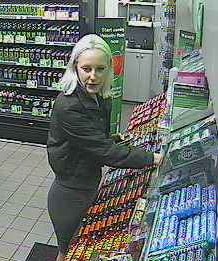 The second woman is described as Caucasian and aged in her early-mid 20s with brown ear-length hair.

Anyone with any information is urged to contact Crime Stoppers on 1800 333 000 or submit a confidential report via www.crimestoppersvic.com.au