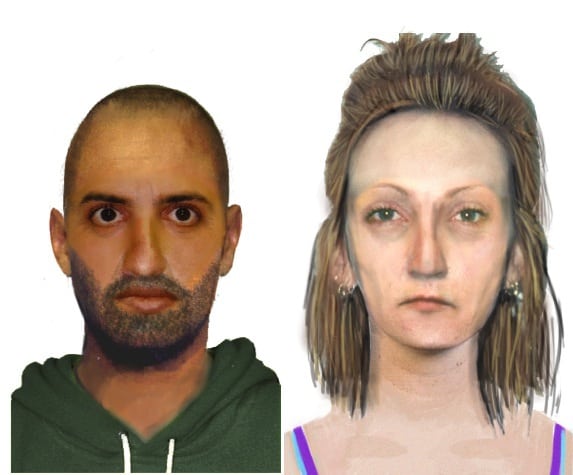 Investigators have been told a silver BMW sedan intentionally reversed into a motorcycle on Silverdale Crescent around 2.45pm.

As the rider got to his feet he was approached and threatened by the male driver of the BMW.

The driver then ran back to his car and began rummaging around.

Believing him to be armed the rider of the red Ducati fled on foot.

It is alleged the man then attempted to steal the motorbike before leaving with a woman in the BMW 318i.

The offending vehicle had no registration plates displayed and possibly had a defect notice attached to the window.

The driver is described as being about 23-years-old, 175cm tall, with a strong build, full lips and a receding hairline.

The woman is described as having shoulder length brown hair, decaying teeth and a number of piercings in her left ear.

Police have released CCTV vision and FACE images of a man and a woman they believe may be able to assist with their enquiries.

Anyone with information is urged to contact Crime Stoppers on 1800 333 000 or submit a confidential crime report at www.crimestoppersvic.com.au